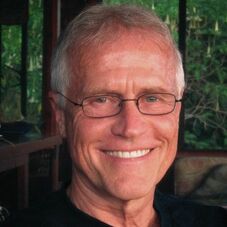 ​Paul Hawken starts ecological businesses, writes about nature and commerce, and consults with heads of state and CEOs on climatic, economic and ecological regeneration. Business he has started include Erewhon, Smith & Hawken, and OneSun Solar (now called Energy Everywhere). He has appeared on numerous media including the Today Show, Talk of the Nation, Bill Maher, and Charlie Rose, and has been profiled or featured in hundreds of articles including the Wall Street Journal, Newsweek, Washington Post, and Business Week. He has written eight books including five national and NYT bestsellers: The Next Economy, Growing a Business, The Ecology of Commerce, Blessed Unrest, and Drawdown (2017). The Ecology of Commerce was voted in 2013 as the #1 college text on business and the environment by professors in 67 business schools. He is published in 50 countries and 30 languages. His latest book, Drawdown, The Most Comprehensive Plan Ever Proposed to Reverse Global Warming debuted April, 2017 as the #9 NYT bestseller. He is the founder of Project Drawdown, which works with over two hundred scholars, students, scientists, researchers, and activists to map, measure, and model the one hundred most substantive solutions that can cumulatively reverse global warming by reducing and sequestering greenhouse gases. He lives in Mill Valley, California in the Cascade Creek watershed with his wife and coyotes, foxes bobcats, red-tail hawks and flocks of nuthatches.