The Jackson Wild Media Lab is an immersive, cross-disciplinary science filmmaking workshop that brings scientists and media creators together to learn from leaders in the profession and work together to develop effective tools to communicate about science, nature and conservation with diverse audiences across the world’s evolving media platforms.

Jackson Wild, in collaboration with Day’s Edge Productions and HHMI Tangled Bank Studios, is proud to announce the 2022 Jackson Wild Media Lab Fellows. The selection committee was deeply impressed by the passion and talent of the over 350 applicants from across the globe, with 16 Fellows selected for this rigorous professional development cohort.

Preceding the Jackson Wild Summit, the 2022 Media Lab Fellows will engage in a hands-on storytelling intensive to hone their filmmaking skills alongside thought leaders in environmental science, conservational and nature filmmaking from Jackson Wild's Board, sponsors and other industry partners. The workshop will culminate in a showcase of their work during the 2022 Jackson Wild Summit. 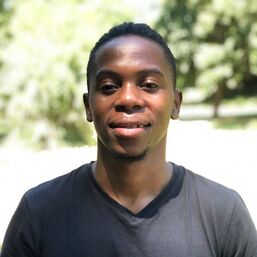 Augusto Bila
(he/him/his)
​Augusto Bila hails from Mozambique and works at Gorongosa National Park as a producer, cameraman, and editor. His passion for video and photography has long been in the works, as he grew up in a family of media and communication professionals. In high school, he learned filming and video editing techniques from his uncle’s company. While he studied economics in university, he used these skills and began to work with talented professionals in Maputo. In 2017, he joined the wonderful team at Gorongosa National Park, and since then he has been documenting the ongoing story of Gorongosa’s conservation, science and human development work. 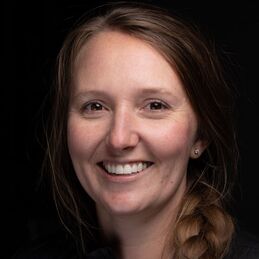 Callie Broaddus
(she/her/hers)
Callie Broaddus is a Washington, DC-based photographer and conservationist. Callie is the founder and executive director of Reserva: The Youth Land Trust—an organization empowering youth to make a measurable difference for threatened species and habitats through conservation, education, and storytelling. Reserva’s current project is in northwestern Ecuador, where Callie is working with an international team of young people and their local partner to protect cloud forest in the face of increased gold mining exploration. In 2021, The Explorers Club named her one of “fifty people changing the world.” 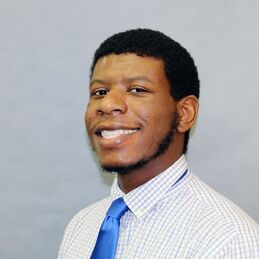 Jordan Chapman
(he/him/his)
Jordan is a geoarchaeologist and geoscience PhD student at Baylor University. In hopes of making science more engaging and entertaining for Black and underrepresented communities, he and several others started the Black Science Coalition and Institute (B-SCI). Through B-SCI and his personal interests, Jordan has developed a passion for science communication and storytelling through media. He is currently a co-producer and co-host of the B-Scientists podcast. Jordan has also helped organize ComSciCon’s Combatting Covid with Black Communities, served as a panel moderator for BlackInX, and was a storyteller in Story Collider Atlanta’s Fish Out of Water. 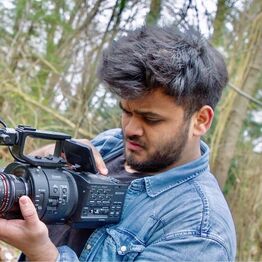 Aayush Dudhiya
(he/him/his)
Aayush is a young and environmentally-committed documentary film-maker from India, currently based in Bristol, UK. Six years of experience making independent award-winning documentaries has allowed him to discover and uncover stories from the most remote villages and jungles of India. He is particularly interested in exploring stories of humans and their relationship with the natural world. His vision is to combine knowledge of the natural world and its stories with his love for cinematic and immersive mediums to create a sustainable narrative and visual bridge between humans, wildlife and nature. 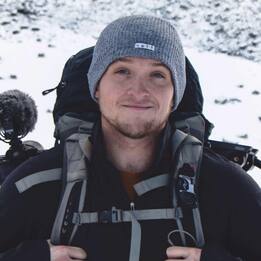 Cale Green
(he/him/his)
Cale Green is a filmmaker and founder of Sockeye Red Services, a production company based in his home state of Alaska. His career started in 2014 as a videographer and many of his documentaries since have focused on helping tell indigenous stories in Alaska. Cale's past projects include whaling in Point Hope or subsistence hunting in ANWR and he is currently working on a historical documentary in the Aleutians. This winter, he’s embarking on a multi-continent backcountry ice skating project. Cale is inspired by beautiful places and the challenge of capturing them to share with others. 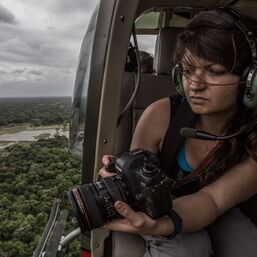 Jen Guyton
(she/her/hers)
Jen Guyton is a photographer and ecologist with a passion for telling stories at the junction of global environmental change and human culture. Jen is a National Geographic Explorer, 2019 Fulbright-National Geographic Digital Storytelling Fellow, and a Fellow with the International League of Conservation Photographers (iLCP). She has a PhD in Ecology and Evolutionary Biology from Princeton University. Her photos have been published in National Geographic Online, BBC Wildlife Magazine, biographic, and have been honored in Wildlife Photographer of the Year and Nature’s Best. 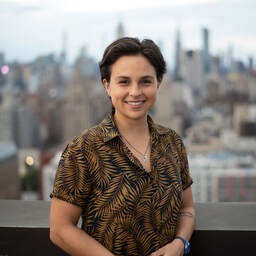 Kelso Harper
(she/they)
Kelso Harper is a freelance science journalist, photographer, and documentary producer from the Central Coast of California. Kelso started out as a chemist, but soon realized that only science storytelling could quench their curiosity. They have since worked with publications like Scientific American, Science Magazine, and Popular Mechanics, producing multimedia pieces on a range of subjects, from galaxy clusters to glacial floods. Kelso’s short documentary on weight stigma in healthcare was recently selected as a finalist for the NIHCM Digital Media Award. In her free time, you probably can’t find Kelso because she is out on some trail far from civilization. 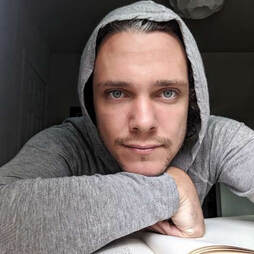 Johnny Holder
(he/him/his)
​Johnny Holder is a bilingual Director, Producer, and Editor originally from Nashville, Tennessee now residing in the DC area. As an MFA graduate from Montana State University's Science and Natural History Filmmaking program, he has been making short documentaries for five years. After eight years in Army Special Operations with a camera always by his side, and a degree in Earth Science, Johnny was inspired to combine his experience with his passion for the visual arts in documentary storytelling form. His most recent film, SONORA, has won awards for its unique audio-visual presentation of a blind birder in Colombia. 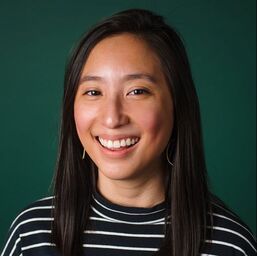 Jane Macedo Yang
(she/her/hers)
​Born and raised in Atlanta, Georgia, Jane Macedo Yang is a Chinese-Cambodian/Mexican-American cinematographer and filmmaker focused on documentaries and branded content. As the daughter of a refugee and immigrants, she aims to highlight underrepresented stories and voices, especially those in the queer and BIPOC communities. Primarily focused on the blur of documentary and narrative, Jane explores this mix of vérité and stylized visuals in her work. She is currently based between Atlanta, Georgia and Brooklyn, New York. 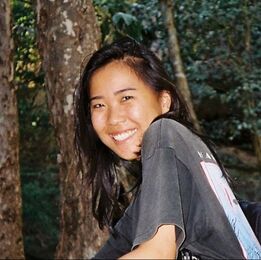 Nanticha Ocharoenchai
(she/her/hers)
​Nanticha Ocharoenchai (Lynn) is an environmental storyteller and climate activist from Thailand. Covering topics from wildlife conservation to indigenous rights, Nanticha uses writing and film to help people understand and care about nature and one another, whether it’s policymakers or kindergarteners. Her work has been featured in publications such as Mongabay and Climate Tracker, as well as NGOs like WWF and Greenpeace. An avid backpacker and trekker, she loves making new friends from various countries and species.

Maurice Oniang'o
(he/him/his)
​Maurice Oniang'o is a versatile freelance Multimedia Journalist and Documentary Filmmaker based in Nairobi, Kenya. He has written and produced multimedia content for various media among them; National Geographic, Africa Uncensored, Al Jazeera’s AJ+, Euronews, 100Reporters, Transparency International, GIJN (Global Investigative Journalism Network), NTV, KTN among others. Maurice has a passion for Natural History and conservation and some of the documentaries/films he’s been involved in include; Saving Snakes Protecting People, Vanishing Vultures and the Ultimate Vipers show. His passion and hard work is exhibited by the various awards he has received. These include; Winner Development Reporting Award TV-2021 (Media Council of Kenya), Winner Spotlight Documentary Film Awards-2020, Winner Environmental Reporter of the year TV-2015 (Media Council of Kenya), Thomson Foundation Young Journalist of the Year-2014 (Foreign Press Association, London) among others. He is a National Geographic Explorer and a Journalism Fellow at the Reuters Institute for the Study of Journalism-University of Oxford. Maurice has a keen interest in social justice, human rights, corruption, conservation, natural history and conservation. 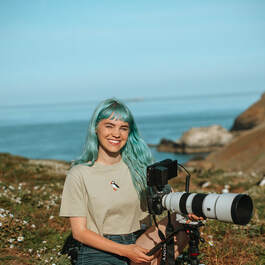 Laura Pennafort
Bristol, UK
​(she/her)
​Laura is a biologist and wildlife filmmaker, born in Brazil and now based in Bristol, UK, where she works as a camera technician and camera assistant for natural history productions. Her main goal as a filmmaker is to reconnect people with nature and to inspire others to protect our natural world. Laura has collaborated with local organisations in her home country to shine a light on conservation stories about Brazil’s wetlands, endangered species and climate change. She is part of the LGBTQ+ community and is passionate about diversifying the industry so that more stories and voices can be heard. 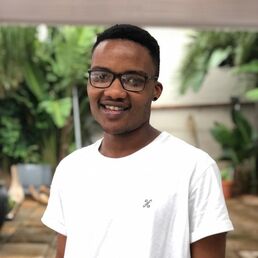 Luyanda Shabalala
(he/him/his)
​Luyanda Shabalala is a 30 year old photographer, cinematographer and music producer from KwaZulu-Natal, South Africa, working as a freelancer on various different projects. He was born and raised in Pietermaritzburg and went to school at Maritzburg College. He is passionate about wildlife, his people and his continent and has been working in conservation filmmaking since 2018. 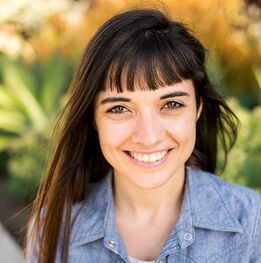 Carolina Sosa
(she/her/hers)
Carolina Sosa was born in Uruguay and holds a BA in Communications. She also lived in Argentina, Mexico, and Los Angeles, where she completed a master's degree in Documentary Filmmaking. She has been directing and producing documentaries for the last nine years in different countries. She is a Fulbright scholar, and her work has been screened in many film festivals and received awards. Her first feature documentary, "Trumphobia: what both sides fear", received an award from the Social Impact Awards and has been selected in festivals in Chicago, LA, Ohio, North Carolina, and Canada. In 2020, it was distributed by Kaleidoscope Film Distribution in the UK and Unified Pictures in the USA. She is also the CEO of Okurelo, an organization that translates audiovisual content for blind and deaf people in Latin America.  She is currently the production manager of a documentary series of marine wildlife conservation in the Gulf of California for Arte Channel in Europe. 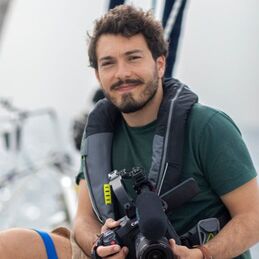 Nessim Stevenson
(he/him/his)
Nessim is a Lebanese-British filmmaker and photographer with experience working as a director, producer, camera operator and editor on a range of subjects including environmental conservation, education and global health. He specializes in breaking down complex topics into aesthetic, nuanced and human-centric stories, a skill which he has honed by producing content for NGOs, development organizations and ethical companies in over 35 countries across 6 continents. Nessim is fluent in English, French and Arabic.  In his spare time, he loves to wood-work, free-dive, make pottery and spend as much time in the glorious outdoors as possible. 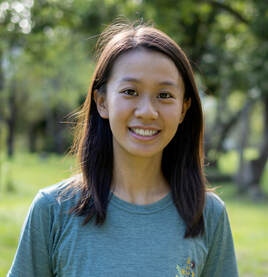 Daphne Wong
(she/her/hers)
Daphne is a wildlife photographer and filmmaker from Hong Kong. Her passion for image-making goes hand-in-hand with her deep interest in wildlife. After making her first documentary about the endangered Chinese White Dolphins in Hong Kong, she went on to film and direct numerous wildlife documentaries and programmes for local broadcasters and NGOs. She is committed to telling stories of the natural wonders and their conservation, and wishes to continue to use images to communicate science and raise awareness for biodiversity, especially regionally in Asia. Her work has been awarded in various wildlife photography competitions and film festivals.