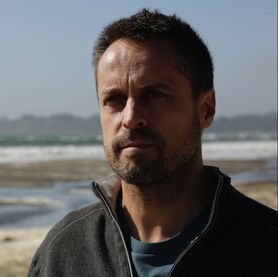 Andrea has over 30 years of experience in conservation projects around the world and, in a parallel professional career, he has been working for over 17 years as an international consultant to companies and governmental agencies on high-end security technologies & services, homeland security, anti-piracy and intelligence.
He is the founder and executive director of the Los Angeles based ‘Earth League International’ (ELI), an innovative NGO specialized in investigating environmental crime worldwide. Made up of former FBI and CIA agents, crime analysts, cyber experts and undercover investigators, ELI operates as a small intelligence agency for Earth.
Andrea is also among the founding members of the Wildlife Justice Commission, in The Netherlands, a Member of the Board of The Africa Conservancy Foundation, in Kenya, and the creator and project manager of WildLeaks, the world’s first wildlife crime whistleblower initiative.