JH WILD and partners from Colorado Mesa University have been awarded a prestigious grant from the National Science Foundation to conduct ground-breaking empirical research on communicating science to public audiences, through media. Leveraging the Festival’s extensive reach to an international cadre of top content producers, the National Science Foundation is supporting a two-year study examining the role of documentary media as a tool for science communication and increased STEM literacy.

The NSF funded program will support participation of eight STEM-Media Fellows from around the country. Selected from a highly-competitive pool of 350+ nominees, the Fellows represent emerging leaders in Science, Technology, Engineering and Math (STEM) and Media professions﻿.﻿ Their learning experiences through Jackson Hole Wildlife Film Festival 2017 and Science Media Awards & Summit 2018 will provide valuable insight about the importance of interdisciplinary collaboration in science storytelling and media development. 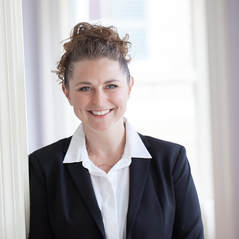 Tedi Asher, PhD, is the Neuroscience Researcher at the Peabody Essex Museum (PEM) in Salem, MA, USA.  She joined PEM in the spring of 2017 after completing her PhD in Biological and Biomedical Sciences at Harvard Medical School. As the first neuroscientist on staff at an art museum, Asher helps to inform the exhibition design strategy by analyzing emerging neuroscientific findings and proposing recommendations to increase engagement and visitor impact. She has a long-standing interest in deciphering the mechanisms underlying human emotional experience, a pursuit she is actively engaged in at PEM. 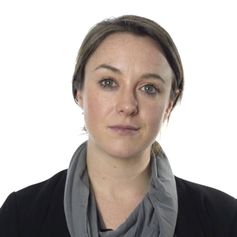 Jennifer Berglund is a science communicator, as well as a mentor for future science communicators.  An active science journalist since 2009, her perpetual quest to tell great stories about science and nature has taken her around the globe to all seven continents, from the depths of the Amazon Rainforest to the Dry Valleys of Antarctica, even to the depths of the Pacific Ocean.  Her award-winning photos, films and articles have been featured both nationally and internationally in film festivals and major publications.  In addition to this work, she also works closely with world-renowned scientists and scholars at Harvard University to develop exhibits for the Harvard Museums of Science and Culture, a consortium of four museums spanning the disciplines of natural history, archaeology, anthropology, and the history of science.  She also serves as a program administrator and mentor for the Boston University BURECS Program, which trains high-achieving students from multiple disciplines to communicate science to a range of audiences, from scientists and students to the general public.  To her, the stories of science are the adventure stories of our time, and finding new and innovative ways to tell them plays a critical role in educating and engaging a well-informed society in today's most pressing issues. 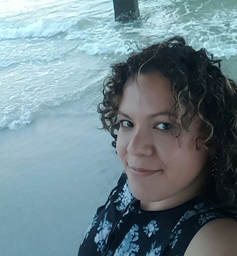 Martha Aimé Cardona is passionate about engaging communities with science and nature, especially those that are still underrepresented in the sciences. As a wildlife biologist, she studied the biogeography of ringtails and was interested in animal behavior. She soon realized that there was a disconnect between science and the general public and became interested in building connections between these communities. While pursuing her Master's degree in Biology at Humboldt State University, she joined the California Environmental Legacy Project and switched the focus of her thesis work to the development and production of natural history films in both English and Spanish, becoming the first student in the department to do so. She produced many short films that have been presented in public events or live in online resources, which also include educational videos for The United States Geological Survey. Also being curious about technology, she is currently exploring and developing virtual reality storytelling techniques to create immersive experiences that would provide a portal to habitats around the worlds. 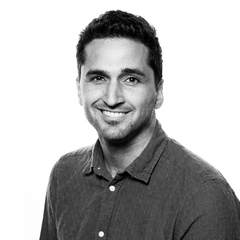 Roy Cohen is a documentary filmmaker who produced and directed Machine of Human Dreams (2016), a FranceTélévisions-yesDocu co-production about Ben Goertzel, a tech guru who pitches the Hong Kong government that he would build the first human-like toy robot. The film premiered at Sheffield Doc/Fest, CPH:DOX and DOC NYC, won the Best Documentary award from Russia's Polytechnic Museum and was sold to TV stations around the world. Currently, Roy is obtaining a Master's at Cornell Tech, where he focuses on machine learning and media products. In collaboration with Oath, Roy delivered BitNews, a service that summarizes articles and publishes them in a visual form to Instagram. Roy lives in New York and is directing a new documentary about a peace camp for Middle Easterners in Maine. 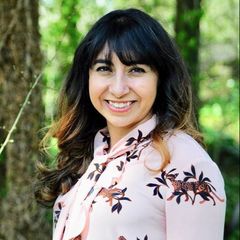 Kathayoon Khalil, PhD is the Principal Evaluator for the Seattle Aquarium. Prior to joining the Aquarium, Kathayoon was the Director of Evaluation at the Natural History Museum of Los Angeles County. She received her PhD in Learning Sciences and Technology Design from Stanford University, studying the use of social network analysis to understand how innovation spreads among the zoo and aquarium community.
Kathayoon started her career at as a teen volunteer at the Oregon Zoo and quickly developed a passion for wildlife and conservation. Through over a decade of work in zoo education, Kathayoon has implemented authentic approaches to evaluating visitor learning, including attitude and behavior changes that may have resulted from their visit. She has consulted on education and evaluation for a variety of zoos and aquariums throughout the country and serves as the champion of the AZA's educational research and evaluation initiative. Kathayoon received her Masters of Environmental Science degree from the Yale School of Forestry and her Bachelors in Organismal Biology from Claremont McKenna College and is an alumna of the Emerging Wildlife Conservation Leaders program as well as an instructor for Project Dragonfly at Miami University of Ohio. 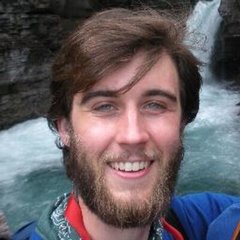 Daniel Kinka is a Ph.D. Candidate in ​Ecology at Utah State University and an award-winning science reporter for NPR’s Utah Public Radio. Daniel says he wanted to be a scientist since he was a little kid, but realized by the time he got to graduate school that he liked talking about science just about as much as he liked doing it. As a scientist, he is fascinated by research that integrates the ecological and social sciences to address applied issues in ​spaces shared by people and wildlife. As a science reporter he mixes wonder with levity to make the complicated accessible and ​the sciences approachable​. When not doing field research or working in the studio he can be found ​hiking in the mountains, making music with his band Fool's Progress, tinkering with an old bicycle, or attempting to brew beer. 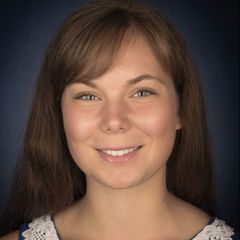 Christina Sauer is a graduate student at Montana State University studying Science and Natural History Filmmaking. She holds a M.S. from the University of Michigan and a B.A. from Brown University. An environmental scientist turned filmmaker, she is passionate about science communication and education through visual media. Each summer she organizes the Communicating Science Conference, ComSciCon, through Harvard University and MIT to train science graduate students to translate their research into engaging content. Christina hopes to become a producer of children’s science educational television for PBS or The Jim Henson Company. 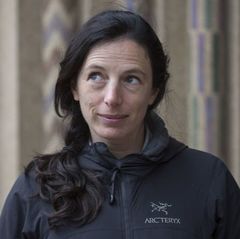 Jane Zelikova is an ecologist interested in the impacts of environmental change on natural and managed ecosystems. She is a research scientist in the University of Wyoming and currently works at the Center for Carbon Removal, a start-up non profit that champions climate change mitigation. To find innovating ways to expand the role of science in tackling global issues, Jane has taken up filmmaking, helping tell science's story in ways that connect across ideological divides. She co-founded Hey Girl Productions (co-producer of the End of Snow), LUCA Media Collective, and 500 Women Scientists, a grassroots organization promoting open, inclusive, and accessible science.