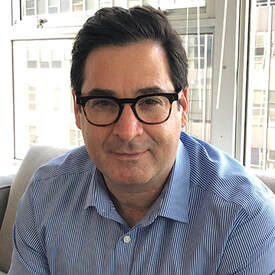 Howard Swartz is Senior Vice President of Production and Development, Documentaries and Specials for Discovery Channel. In his current role, Swartz is responsible for developing and executing production strategies for documentaries, specials and event programming, such as Shark Week, Egypt Live, and the recently premiered Serengeti, which debuted to record-ratings as the highest rated nature documentary in six years.
Most recently, Swartz was Arrow Media’s Executive Vice President of Development and Production, based out of their London office, where he helped to expand the company’s robust U.S. slate. His projects spanned several networks, including Science Channel, Animal Planet and Discovery Channel.
Prior to joining Arrow, Swartz served as Vice President, Documentaries and Specials for Discovery Channel where he oversaw high-profile global specials, including audience favorite Shark Week, as well as Skywire Live With Nik Wallenda, which was the highest-rated live event in Discovery Channel history. He also oversaw Discovery’s landmark Emmy® nominated science series Curiosity, which looked to answer one question in science, technology and society in each episode.
Before joining Discovery in 2011, Swartz was Executive Producer at PBS’ acclaimed science series NOVA where he received the prestigious Alfred I. DuPont Award as well as an AAAS Kavli Science Journalism Award. Prior to NOVA, Swartz was with the National Geographic Channel, where he oversaw signature series Explorer and executive produced more than 100 programs, including Emmy®-winners Five Years on Mars Inside Living Body and Incredible Human Machine.