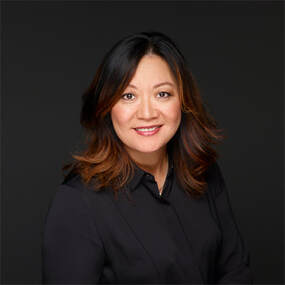 Senior Vice President of Development and Production for Nat Geo WILD
Janet Han Vissering is responsible for over 150 hours of programming commissioned each year globally. In her role, Vissering manages WILD’s development team, working with the world’s leading independent producers, distributors, creative agencies and strategic broadcast partners to create the network’s signature series, specials and events. She also provides daily oversight of production to ensure creative continuity and that all network programming objectives are being met — from project conception through delivery. Previously, she was SVP of strategic development and co-finance for seven years. As part of her development role, she has been responsible for creating key programs, such as Savage Kingdom, The Incredible Dr. Pol, Cesar 911, Animal Fight Night and Destination Wild, among other highly rated shows.
Prior to acquiring her current position, Vissering served as vice president of international acquisitions at NGCI from August 1998 to March 2000. She joined NGCI from Discovery Networks International, where she was head of program acquisitions and development from 1995 to 1998. In this post, she managed the acquisition and development of over 2,500 program hours annually. She was also in charge of overseeing co-production agreements at Discovery, working closely with independent producers and companies in both the domestic and international markets. Vissering joined Discovery Communications, Inc., as a regional marketing manager for The Learning Channel, Affiliate Sales and Relations in March 1993. Prior to this role, she was a public affairs specialist for the Department of the Navy, based in Sasebo, Japan. A graduate of the University of Maryland in College Park, with a major in international relations/business, Vissering is a native of Korea and speaks Korean fluently.