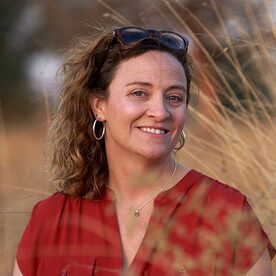 Co-Founder and Chief Executive Officer, African People & Wildlife​
As CEO of African People & Wildlife, Laly Lichtenfeld is committed to a world where communities and wildlife coexist and thrive. A 20-year resident of Tanzania, she co-founded African People & Wildlife in 2005 to empower rural communities to conserve and benefit from their surrounding wildlife and natural resources. Laly specializes in holistic, landscape-level approaches to conservation and community development. As one of the few female CEOs in East African conservation, she is also passionate about elevating rural women as environmental leaders and drivers of social change in their communities. Laly received her Ph.D. from Yale University in 2005 in the disciplines of social ecology and wildlife ecology. She is a Fulbright Scholar, a National Geographic Explorer, an invited member of the Ngorongoro Conservation Area Authority Research Advisory Committee, a distinguished alumna of the Yale Tropical Resources Institute, a recipient of the 2016 Lowell Thomas Award for Open Space Conservation, and a 2019 Women of Discovery Awardee. An accomplished speaker, in 2019 Laly was honored to be named a “Woman of Impact” by the National Geographic Society and featured among some of the world’s leading female visionaries in Women of Impact: Changing the World, a one-hour documentary aired on the National Geographic Channel. Laly hopes to inspire others across the globe to embrace the natural world around them.