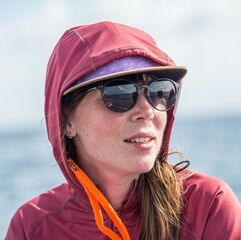 Executive Director
Large Marine Vertebrates Research Institute Philippines​
Sally Snow is a Zoologist and Filmmaker. She is an Executive Director for the Large Marine Vertebrates Research Institute Philippines the largest non- government organization dedicated to the conservation of marine megafauna and the marine environment in the Philippines. A passionate science communicator she has worked with the BBC, National Geographic, S4C and PTS in diverse roles from associate producer, undercover filmmaker, self-shooting presenter and fixer for blue-chip series. She believes in conservation filmmaking as a tool for behavioural change and delivering stories that connect both people and the environment. She is a two-time grantee of the Conservation Media Group who champion impact media.