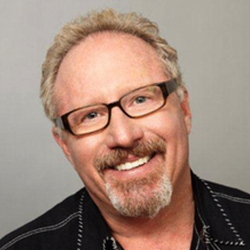 Thom Beers is an award-winning television producer, industry veteran and creative visionary. Most recently, Beers led FremantleMedia North America (FMNA) as CEO, where he was responsible for the overall management and business performance of FMNA and its portfolio of companies, including Original Productions and 495 Productions. Within these, Beers oversaw the development, production and business operations of over 600 hours of network, cable, syndicated and digital programming. These programs include American Idol (FOX), America’s Got Talent (NBC), Family Feud (SYN), Let’s Make A Deal (CBS), The Price Is Right (CBS), The Great Christmas Light Fight (ABC), Deadliest Catch (Discovery), Married to Medicine (Bravo), Party Down South (CMT), Ice Road Truckers (HISTORY), Storage Wars (A&E), The Returned (A&E) and Celebrity Name Game (SYN) among others. Additionally, he spearheaded the launch of FMNA’s network BUZZR. 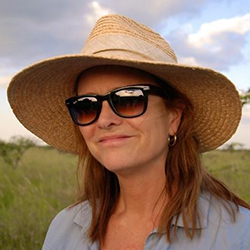 Katie Carpenter is an award-winning filmmaker specializing in wildlife, science and conservation
subjects for public and cable television. Most recently, she produced two National Geographic
specials for PBS, Bones of Turkana and Battle for the Elephants, filmed on location in Kenya,
Tanzania and China. Her current production is The Secret Lives of Elephants (working title) on
the illegal ivory trade for the National Geographic Channel. Her films have aired on PBS,
Discovery Channel, MSNBC, Fox, Animal Planet, ABC and the Disney Channel, and have been
shot across East Africa, Southern Asia, Latin America and the U.S..

As a partner in Everwild Media, Carpenter co-produced Hundred Heartbeats, a two-hour
special on the most endangered species around the world for MSNBC, and the Emmy-
nominated documentary feature film A Year On Earth for Discovery Networks. Her focus on
conservation filmmaking dates back to her role as Vice President of Film/TV for National
Audubon Productions, where she developed and produced award-winning wildlife series and
specials, including In the Land of the Grizzlies, Saving the Everglades, and Panama: Paradise
Found as well as educational videos on wildlife and habitats at risk around the world. 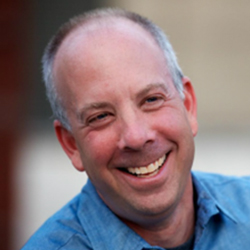 Jon Halperin has spent the last twenty years making films about everything from poisoned frogs to the political influence of the gambling industry. Along with Mark Mannucci, Halperin is co-founder of Room 608, a documentary and new media company. Room 608 has produced for PBS and Discovery as well as branded content clients. Previously, Halperin was the Senior Executive Producer of event programming and the executive producer of Explorer at National Geographic Television. Under his direction, Explorer earned two Emmy awards and another 14 Emmy nominations. His latest film, The Day the ‘60s Died, aired on PBS in April. He is currently working on a large-scale virtual reality natural history project and developing a new series for PBS. His work on Strange Days on Planet Earth and Gorilla Murders was honored at past Jackson Hole festivals. 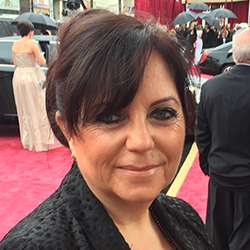 Lynn Hirshfield is Participant Media’s Senior Vice President of Strategic Alliances. She joined Participant Media in September 2005 and is responsible for leading the development of strategic partnerships, integrating these partners into social action and advocacy campaigns across all of the company’s platforms, including the film divisions, Takepart.com and Pivot TV. Lynn is also responsible for launching Participant’s publishing division to complement the company’s films and social action campaigns. In September 2008, Participant announced its first publishing deal, a series of four paperback original books with PublicAffairs Books, followed by a deal with Penguin and Puffin Books on a series of activist guides for readers 10 to 17, inspired by Participant's social action activities on various issues. She has since published 8 books with Public Affairs, two of which hit number one on The New York Times best seller list.  Lynn is the author of Girls Gone Green and two more books for younger readers, part of the Sassafras series.

Prior to joining the staff of Participant, she consulted for a number of Internet content and technology start-ups, various studios and venture capital groups specializing in creating new verticals and generating strategic partnerships with corporate sponsors. Before to entering the internet arena, she worked as a development executive for productions garnering a number of awards, including four Emmys, a Peabody Award and two Television Critics Awards -- among them the PBS series Wishbone. She was also a story editor for National Geographic Feature Films, Scott Rudin, Norman Lear, Tim Burton and Sony, Fox and Warner Bros. Studios.

Lynn is a graduate of U.C. Berkeley and the Radcliffe Publishing Procedures Graduate Program at Harvard University. 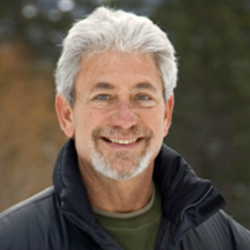 As the only cinematographer in the world who has been shooting time-lapse 24/7 continuously for well over three decades, Schwartzberg is a visual artist breaking barriers, connecting with audiences, and telling stories that celebrate life and reveal the mysteries and wisdom of nature, people and places. His work was recently featured on Oprah’s Super Soul Sunday.  His recent theatrical releases include the 3D IMAX film Mysteries of the Unseen World with National Geographic, narrated by Forest Whitaker, and Wings of Life, a feature documentary for Disneynature, narrated by Meryl Streep.

Over his long trailblazing career, Schwartzberg has earned myriad awards and honors including two Clio Awards for Best Environmental PSAs, an Emmy nomination for Best Cinematography (Oceans of Air on the Discovery Channel), a Truly Moving Picture Award from the Heartland Film Festival (America’s Heart & Soul) and Best Film–Inspiration at the Ocean Film Festival (Gratitude). He was recognized as one of the “Top 70 Cinematographers” for the On Film Kodak Salute Series. Schwartzberg was also recently honored and humbled to receive the NAAPC Pollinator Protector award.