In partnership with the American Society of Cinematographers and Wildlife Society of Filmmakers, Jackson Wild is thrilled to launch a specialized programming track at this year's Jackson Wild Summit for experienced and established cinematographers, specifically focused on refining techniques and skill sets.

This program will be a small group intensive led by a group of award-winning cinematography mentors including Paul Atkins, ASC, Stephen Lighthill, President of the ASC, and Ann Prum, Founder of Coneflower Studios. Throughout the week, the Cinematography cohort will work together on a series of early morning shoots followed by group analysis and critique to share perspectives and perfect artistic skill sets using latest camera and lenses in a unique and collaborative professional development experience with masters of the craft.

And additional support provided by: 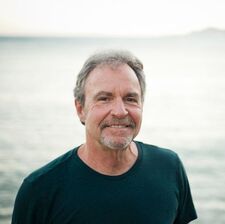 Paul Atkins, ASC
From Antarctica to the tropical Pacific, Paul Atkins has filmed the world’s wildlife and cultures for National Geographic, Disney, the BBC including such acclaimed series as Planet Earth, for IMAX screens and feature films. His cinematography and directing have earned numerous awards including Emmys, British Academy Awards and a prestigious Telluride Film Festival Tribute.

Paul’s passion for the ocean brought him to Hawaii in 1974, where he pursued a Ph.D in marine biology at University of Hawaii and began working in the film business as an underwater and wildlife cinematographer.

With his wife and producing partner, Grace Atkins, Paul filmed and directed groundbreaking documentaries that challenged our myths and inspired protection of the natural world, including the Emmy-winning Hawaii: Strangers in Paradise (Nat Geo/BBC), Great White Shark (BBC/Nat Geo) and Dolphins: The Wild Side (Nat Geo).  Paul was director of photography on Jean-Michel Cousteau’s Voyage to Kure, the film that persuaded President George W. Bush to declare the Northwestern Hawaiian Islands a National Monument in 2006.  More recently, his work includes Disneynature’s Dolphin Reef and Nat Geo’s America's National Parks.
​
Paul’s narrative filmmaking spans numerous commercials, television series and feature films and he has worked with some of the world’s most renowned directors including Peter Weir on Master and Commander, Alejandro Inarritu on The Revenant, and Terrence Malick on The Tree of Life and other features. On a 40-day epic voyage around Cape Horn, he filmed for Master and Commander, which won the 2004 Academy Award for cinematography for Russell Boyd, ASC.  His 2nd Unit shooting on The Tree of Life contributed to an Oscar nomination for cinematography, and Paul has continued to work with Malick on To the Wonder, Knight of Cups and as director of photography on his IMAX documentary about the evolution of the universe, The Voyage of Time. 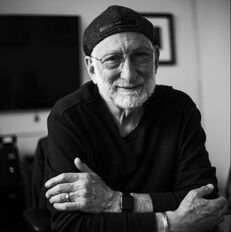 Lighthill is also the chair of the Cinematography program at the American Film Institute (AFI), where he has been a leader in advancing gender diversity at both the faculty and graduate levels. Additionally, he has served as an officer on the National Executive Board of the International Cinematographers Guild (ICG).
​
He began his career shooting for San Francisco Bay-area news programs and national news shows, including 60 Minutes, before moving into documentary cinematography. He shot Gimme Shelter and the Alzheimer’s Project: Caregivers, and Berkeley in the Sixties, which was nominated for an Academy Award and won the Audience Award at Sundance. His narrative credits include such television dramas as Vietnam War Story, Earth 2, and Nash Bridges. In 2018, Lighthill was honored with the ASC President’s Award. He is also the recipient of the Society of Operating Cameramen’s (SOC) President’s Award in 2000. 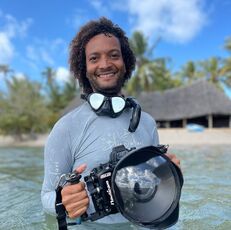 Jahawi Bertolli
Jahawi Bertolli is a National Geographic Explorer & Photo Camp Instructor, iLCP Associate Fellow, Award winning film maker, photographer and TV  presenter from Kenya specialising in wildlife and the underwater world. Growing up in Kenya, spending a lot of time both on the beach or out in the bush, Jahawi nurtured a deep curiosity and love for the natural world and strives to portray the beauty, power and vulnerability of wild environments through his work. The main themes of his work being environmental, marine and shark conservation. Although his work has taken him around the world his current focus is in on telling African wildlife and conservation stories in an innovative, fresh way by telling them through the eyes of the communities who have lived in these environments with these animals, making them culturally relevant and highlighting African storytelling.

​In 2019 Jahawi was awarded a Vulcan Visiting World Filmmaker Scholarship for the Jackson Wild Summit and was also the co-host of the annual Grand Teton Awards. In 2020 his short film ‘Bahari Yetu’ was selected as a Finalist for the Jackson Wild Media Awards in the Global Voices category, was on the Official Selection at the 2021 International Wildlife Film Festival and won the Howard Hall Award of Excellence in the Visions of the Sea Category at the 2021 Ocean Geographic Society Picture of the Year Competition. His previous films and photography have been displayed in the Smithsonian Museum of National History in Washington D.C and the UN Headquarters in New York. Jahawi is also a CBBC Planet Defender, presenting in a new hallmark series on CBBC made by the BBC Natural History Unit and was the Co-host of the Ecoflix series “The Pulse” and for the PBS YouTube series ‘In Our Nature’. 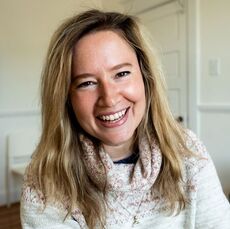 Teresa Carante
​Teresa has lived in more than a dozen countries and speaks multiple languages, but she’s most comfortable expressing herself through images. Teresa’s filmmaking career started in Australia, then Vietnam and now the US. While freelancing in the camera department for various broadcasters (ABC, Discovery, VICE News) and working for non-profits, Teresa has continued to work on her own projects. Her short films can be found on streaming platforms and have screened at film festivals worldwide. Her latest short received an Honorable Mention at the 2022 Jackson Wild Media Awards. Teresa has an MA in social anthropology. 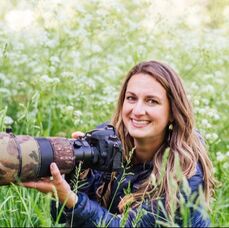 Ester de Roij
I have worked in the wildlife filmmaking industry for 10 years, having recently finally made the transition from production to camera work - which has always been my aim. I have filmed in 5 continents - most recently several trips operating in Africa. Most of my work has been out of Bristol, where I am based, and I have had the opportunity to get trained up on the shotover, with a shoot pending before mid next year. I have worked a lot with brown bears in remote Canada and I love shoots that physically keep me on my game. 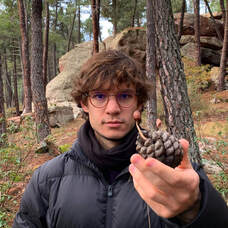 Miguel Labastida
Miguel Labastida is a Mexican-Brazilian cinematographer who has lived in São Paulo, Amsterdam, Vancouver, Valle de Bravo and Mexico City. He speaks Spanish, Portuguese and English even though as a child no one understood him. He likes nature and those who inhabit it even if we don't realize it, like insects, or like him, who grew up in it. He is interested in what really matters, even if it is small, the rest ... what difference does it make? 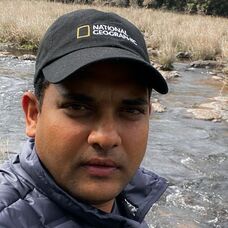 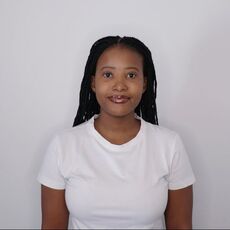 Kimerudi Motswai
My name is Kimerudi Motswai and I am a filmmaker, photographer, freediver and scuba divemaster from Cape Town, South Africa. My filmmaking skills include cinematography, directing, colour grading, data wrangling, animation and writing to name a few. My first love, however, has always been the camera. My ultimate goal is to become an extraordinary wildlife and ocean storyteller, who inspires black women - young and old - to take a chance. 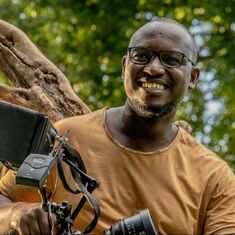 Hans Ngoteya
Hans Cosmas Ngoteya is a conservationist from Tanzania, a National Geographic Explorer, expedition expert, and a professional wildlife photographer and cinematographer.  He is a co-founder of Ngoteya Wild, a Tanzanian wildlife and conservation storytelling company where he works as a director and documentary cinematographer. He has worked with local and international organizations to tell impactful stories about wildlife, environment and conservation. Also, he is a co-founder of the Tanzania Wildlife Media Association (TaWiMA), an association of professional Tanzanian wildlife content creators. Additionally, he has co-founded Landscape and Conservation Mentors Organization (LCMO), an organization which focuses on promoting, supporting, and improving community livelihoods through sustainable environmental practices. 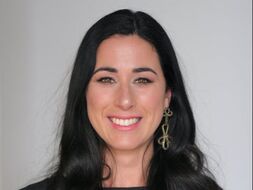 Ana Luisa Santos
​Ana Luisa Santos, as one of the only female Portuguese wildlife filmmakers, produces, directs and shoots long form blue-chip behavioral wildlife and natural history documentaries broadcast across the globe. Her mission is to tell stories about real animals with wild behaviour. Her other work project subjects include conservation, education, sustainability, eco-design and inclusion. Educated as an engineer, she studied, worked and volunteered in countries such as China, Turkey, Spain and Kenya. Based in the Netherlands, she actively contributes as a judge for main wildlife film festivals in Europe and USA. 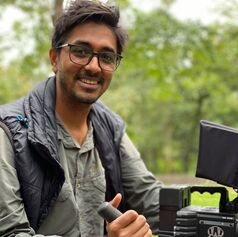 Nitye Sood
Nitye Sood is a documentary filmmaker, wildlife cameraman and co-founder at Untamed Planet. Nitye's passion lies in telling stories about the natural world, and about innovative solutions to some of the big challenges that face us. Nitye is a scuba diver and freediver, and is passionate about the oceans and marine conservation. He is currently working on a multimedia project in Kashmir, India about wildlife and communities living in the world's conflict zones - and has been documenting the biodiversity of the region in 360 VR.