Sponsored by Off the Fence Productions 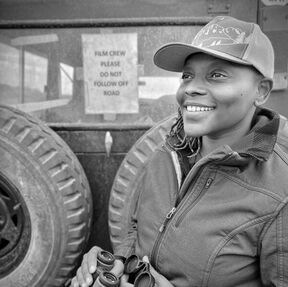 Faith Musembi is a producer/director based in Kenya and Bristol, England. She is drawn to telling narratives which showcase the beauty of Africa’s natural resources, while highlighting the complex, but pertinent issues regarding their sustainable conservation.

Faith has directed sequences for series produced for National Geographic, Sky Nature and Disney+. Her recent credits include: Chasing The Rains and Spectacular Earth.

Faith is currently working on Queens, a series about female led animal societies. The episode she is producing highlights the women filmmakers behind Queens and also shines a spotlight on incredible women breaking down barriers, while fighting for conservation in different wilderness areas around the world.

If you don’t find Faith in an office in Bristol, you’ll find her in one of Kenya’s breathtaking wilderness areas. Working in these wild spaces has affirmed Faith’s commitment and passion for telling stories about the natural world, and for amplifying the dialogue about the conservation of its finite resources.

Kara Norton is a science journalist who has reported on a range of issues including the rise of "cyberpoaching" and the illegal wildlife trade, the importance of the Tongass National Forest to climate stabilization and Alaska Native communities, as well as a series of in-depth interviews with the organizers of the viral online movement Black Birders Week.

Her work has been published by NOVA on PBS, NATURE on PBS, Only One, Mission Blue, and other top science media publications. She has worked on projects for NOVA Science Studio, TED, and Smithsonian.

Prior to her editorial career, she worked as a shark research intern for Bimini Shark Lab, collecting biological data on over five different species of sharks in The Bahamas. This field experience exposed her to shark conservation efforts, and gave her the ability to contribute to a natural history program on the critically endangered great hammerhead shark.
Kara holds a BA in journalism and a B.Sc in environmental studies from New York University. 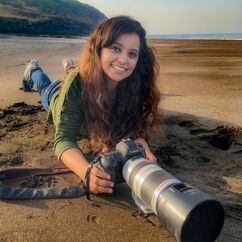 Gunjan Menon is an independent natural history filmmaker and writer from India. She specializes in conservation and human interest stories and has won multiple accolades with 37 International awards and nominations across 14 countries so far for her work.

Gunjan holds an MA in Wildlife Filmmaking from the University of West of England, Bristol. Her keen interest in anthropology and endangered species took her to Nepal in 2017. She trekked 12,000 feet in the Eastern Himalayas to capture the unique bond shared between an indigenous woman and wild Red Pandas in her first independent short film, ’The Firefox Guardian’. The film is critically acclaimed and was shortlisted for a student BAFTA award. It now travels to various film festivals, schools and colleges across the world, has successfully started a dialogue on ecofeminism, and continues to raise funds for red panda conservation.

Gunjan wore multiple hats as an assistant director, researcher, second unit camerawoman and sound recordist on an eight-part conservation-adventure television series, ‘On the Brink’, produced by The Habitats Trust and The Gaia People which aired on Animal Planet and Discovery Channel. She also edited an episode for Season II of this series. She was a camerawoman-presenter on BBC Earth’s ‘Blue Planet II Live’ digital story, discussing community-driven conservation of olive ridley sea turtles in an Indian village. Gunjan also co-directed and edited an educational film, ‘Living with the King’, which was translated into local Indian languages to mitigate human-king cobra conflicts in sensitive rural areas. She is the author of a book on the Habitats Trust Grants which highlights the work of grassroots conservationists and frontline warriors in India. 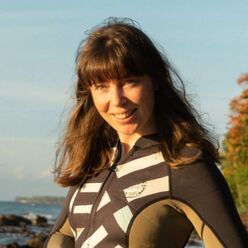 ​Sally Snow is a Zoologist and Filmmaker. She is an Executive Directors for the Large Marine Vertebrates Research Institute Philippines the largest non- government organization dedicated to the conservation of marine megafauna and the marine environment in the Philippines. A passionate science communicator she has worked with the BBC, National Geographic, S4C and PTS in diverse roles from associate producer, undercover filmmaker, self-shooting presenter and fixer for blue-chip series. She believes in conservation filmmaking as a tool for behavioural change and delivering stories that connect both people and the environment. She is a two-time grantee of the Conservation Media Group who champion impact media.