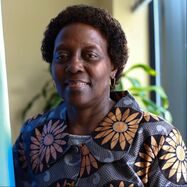 Elizabeth Maruma Mrema
​Elizabeth Maruma Mrema is the Director of the Law Division and has worked with UNEP for over two decades. Prior to joining the Law Division in her current role in June 2014, she was the Deputy Director of the Ecosystems Division, in charge of coordination, operations and programme delivery from 2012 and for one year, also serviced as Acting Director to the same Division. In 2018, in addition to her role as the Law Division Director, she was also the Acting Director of the Corporate Services Division where she led the management of the human resources, financial operations and management and other administrative functions for the entire Organization. Elizabeth's work at UNEP has focused on the development, implementation and enforcement environmental laws both at national, regional and international level. 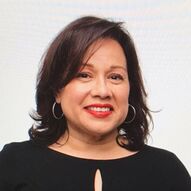 Ivonne Higuero
Ivonne Higuero is the Secretary-General of the Convention on International Trade in Endangered Species of Wild Fauna and Flora (CITES). She is an environmental economist with a career spanning 27 years in international organizations in the area of sustainable development. Ivonne has experience working at the global, regional and national levels, and engaging with stakeholders across the public and private sectors.

​During her 25 years with the UN, Ivonne has held varied roles managing and overseeing the implementation of programmes of work, managing financial and human resources, and the provision of secretariat services to intergovernmental bodies. With the adoption of Agenda 2030 and the Sustainable Development Goals, Ivonne was responsible for ensuring the alignment of programmes of work to support countries in meeting their international commitments also through cross-sectoral cooperation. 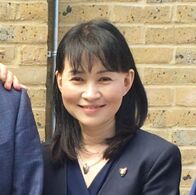 Midori Paxton
Midori Paxton has served as Head of the UNDP Ecosystem and Biodiversity Programme based in New York since 2016. She is responsible for a large biodiversity portfolio, comprising approximately 300 projects in 130 countries. These projects include a focus on strengthening protected area systems, protected area landscape management, community based natural resource management, human wildlife conflict management, and wildlife-based local economies. She also co-leads the Lion’s Share Initiative, which aims to harness the power of the advertising sector for generating business and public support for wildlife conservation. Previously, she worked as a Bangkok-based Regional Technical Adviser for UNDP, providing policy and programming support for countries in Asia. Between 2000 and 2010, she worked in Namibia; much of the time working under the Directorate of Parks and Wildlife Management, Ministry of Environment and Tourism, coordinating a project to strengthen the national protected area system. Midori holds a master’s degree in Environment and Development from the University of Cambridge, and is the author of six books and hundreds of published photos and articles. 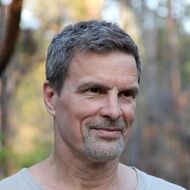 ​Tim Kelly
Tim Kelly is Executive Director of EarthHQ, the media arm of the Global Commons Alliance - a collaboration developed by world leading institutions, that brings together scientific, business, government and nongovernmental organizations to maintain the resilience and stability of Earth’s natural systems. United Nations organizations collaborating on this initiative include the IUCN, UNEP, Global Environment Facility and UN Global Compact.
​
Tim was formerly the President of the National Geographic Society and an Emmy Award-winning film producer.  He now serves as an advisor to the Global Environment Facility (GEF), and on the Boards of Great Plains Conservation Trust, the American Prairie Reserve and Mongabay.org.