We are lucky to have a group of industry-leading instructors and mentors who are committed to sharing their knowledge with the Jackson Wild Media Lab. 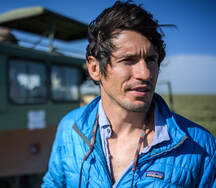 Nate Dappen
Owner/Producer at Day’s Edge Productions
Nate is a biologist and award-winning photographer and filmmaker based in San Diego, CA. He earned his Ph.D. in Biology in 2012. He is a fellow of the Explorers Club and an affiliate of the International League of Conservation Photographers. Nate can’t get enough of surfing or IPAs. Nate co-founded Day’s Edge Productions with Neil Losin in 2012. 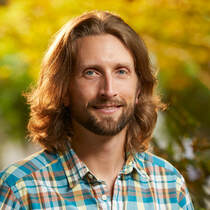 Neil Losin
Owner/Producer at Day’s Edge ProductionsNeil is a biologist, photographer, and filmmaker based in Miami, FL. He was named a National Geographic Young Explorer in 2009 while studying invasive lizard in Florida and Puerto Rico. Neil received an NSF Graduate Research Fellowship and earned his Ph.D. in UCLA’s Department of Ecology and Evolutionary Biology in 2012. He’s an incorrigible birdwatcher and can juggle more objects than you’d think. Neil cofounded Day’s Edge Productions with Nate Dappen in 2012. 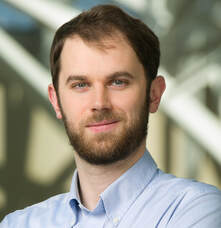 Alex Duckles
Digital Media & Impact Producer with HHMI Tangled Bank Studios
Alex manages outreach initiatives and digital-first production for the Studio, having joined the group in 2016 for their first digital series I Contain Multitudes. Over the last five years, Alex has developed projects in collaboration with leading digital and broadcast science producers, including Seeker, Crash Course, PBS Digital Studios, PBS NOVA, and the California Academy of Science. Alex will be presenting a session on Emerging Digital Landscape of Science and Natural History Media. ​ 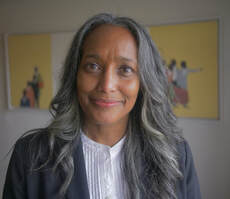 Natalie Cash
Executive Producer
Wildlife Conservation Society
Natalie Cash is the Executive Producer in charge of video production at the Wildlife Conservation Society (WCS), an international conservation organization with more than 3,000 field staff in 65 countries. WCS also operates the largest system of urban wildlife parks in the world – Bronx Zoo, Central Park Zoo, Prospect Park Zoo and Queens Zoo and New York Aquarium on Coney Island – educating four million visitors each year about the importance of conservation. With three decades of experience in the industry, Cash produces short-form programming about WCS projects and stories for multiple platforms. Her films have won awards at the International Wildlife Film Festival and New York WILD and have been selected as finalists at Wildscreen and the Jackson Hole Wildlife Film Festival. Prior to joining WCS, she was a series producer and writer at the Emmy Award-winning documentary production company Pangolin Pictures. 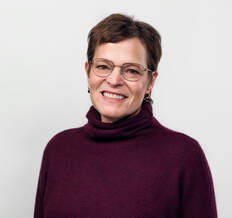 Carol Fleisher
Carol L. Fleisher has spent the last forty years making documentaries for television. Her passion for storytelling is seen most vividly in her films about nature. Each documentary has revealed a different aspect of our human connection to the natural world. One of Carol's favorite projects, the Emmy Award-winning, "Why Dogs Smile and Chimpanzees Cry," tells the story of how animal emotions evolved. While Carol's work is undeniably and unapologetically emotional, it is all based in science - allowing viewers to believe the extraordinary moments her films present. Her work has earned her countless awards over the years, including a Writer's Guild of America Award, a CableAce Award for Best Documentary Series, and more. Carol currently is Producer-In-Residence at Fort Lewis College in Durango, Colorado – as part of her role as Senior Producer at Rocky Mountain PBS. “I love sharing my passion for telling stories with students. Something revelatory – that inspires, amuses, amazes, entertains, educates, engages and changes how people look at a part of their world.” 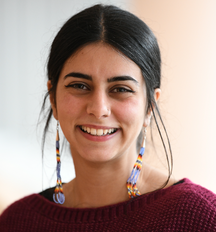 Reyhaneh Maktoufi
Reyhaneh (Rey) Maktoufi is a DC-based, Iranian researcher and science communicator. She is the co-producer, host and illustrator of PBS|NOVA's digital series Sciencing Out, a mini-series on women in history who have used different strategies to communicate their science. Rey successfully defended her Ph.D. in Media, Technology, and Society at Northwestern University. She is a Rita Allen Foundation Civic Science Fellow in Misinformation at GBH|NOVA. As a researcher and producer, her main fields of interest are science communication, misinformation, curiosity, public engagement with scientists, and science communication in media. She was a visiting researcher at the Adler Planetarium, where she studied science communication and facilitated workshops on communication skills and she's also a producer at The Story Collider podcast. Before starting a Ph.D., Rey has been working as a health communication facilitator and cancer preventive/palliative care campaign manager in Tehran, Iran. Rey currently enjoys working with different nonprofits such as the Communicating Science Conference (ComSciCon). She also engages in science outreach through writing blog-posts and making science comics and has been interviewed on outlets such as the Smithsonian Magazine and the SETI Institute's podcast Big Picture Science. 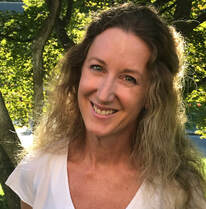 Tria Thalman
Smithsonian Networks
​Tria considers herself one of the lucky ones: someone who knew early in life what she wanted to do and has happily followed that path for 25 years. In her current role she helps develop and oversee a broad slate of wildlife films for Smithsonian Channel US and their international networks. She works with production companies to help shape their films through development and production, and gets deep in the weeds with script writing if needed. But, a producer at heart, she’s happiest when in the field. Before joining Smithsonian Channel she worked as a freelance producer creating content for National Geographic, Discovery, Nat Geo Wild and Animal Planet. She has a bachelor’s and a master’s degree in zoology from the University of Cambridge and studied film at the University of Bristol before moving to the United States in 1995. ​ 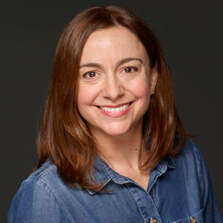 Vanessa Serrao
National Geographic Society
Executive Producer of Impact Media
​Vanessa Serrao is the Executive Producer of Impact Media at the National Geographic Society, where she and her team create content that advances the mission of the organization. An award-winning filmmaker, producer and media strategist, Vanessa specializes in telling stories about science, culture, and the intersection of the two. Her work has helped to raise millions of dollars for wildlife conservation, influenced communities to stop poaching, and made complex scientific concepts accessible to a worldwide audience. Vanessa began her career producing on-air and online content for the Discovery Networks. Since then, she has produced media for numerous networks and non-profit organizations including Discovery Channel, National Geographic, Animal Planet, The Science Channel, National Fish & Wildlife Foundation, and the Jane Goodall Institute. Her work has screened at leading film festivals, was featured in publications like the New York Times, and was nominated for an Emmy. Vanessa has her B.S. in Entomology with a concentration in Wildlife Conservation, and her MFA in Science and Natural History Filmmaking.