The Jackson Wild Media Lab is an immersive, cross-disciplinary science film making workshop that brings scientists and media creators together to learn from leaders in the profession and work together to develop effective tools to communicate about science, nature and conservation with diverse audiences across the world’s evolving media platforms. Learn more.
​
The selection committee was deeply impressed by the interest and passion this year’s applicants made clear in their applications. From over 220 global applicants, 12 Fellows were accepted into this rigorous filmmaking fellowship, which includes a modest stipend during the workshop and a full pass to the 2020 Jackson Wild Summit. 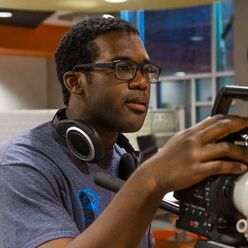 ​Robert Boyd
During his time as a filmmaker, Robert has worked to highlight discoveries in science and the natural world.  He has produced video content exploring zooplankton research at the Smithsonian National Museum of Natural History, and invasive species management at the Department of Interior.During his graduate studies at American University, Robert has worked as a video engineer intern aboard the Exploration Vessel Nautilus, where he was responsible for controlling  and monitoring ROV mounted cameras, recording deep sea fauna found in the Gulf of California. Most recently, he has worked with the National Park Service, using film to highlight the environmental and historical amenities of the Manassas, Everglades, and Indiana Dunes National Parks.

Now, as a recent graduate of American University, Robert is excited to take part in a Fellowship with the Investigative Reporting Workshop. And going forward, Robert is interested in creating documentary films that highlight the intersection between human society and microscopic life, ranging from insects to viruses. 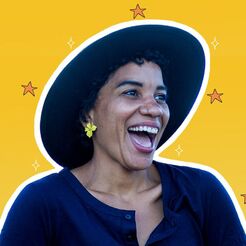 Faith Briggs
Faith’s favorite feelings are a tie between sun on skin and warm mud oozing between bare toes. She is grateful for the life changing knowledge of literary grandmothers such as Audre Lorde, bell hooks, Toni Morrison, Zora Neale Hurston, Toni Cade Bambara and many more. She treasures the great privilege to have listened at the feet of giants in social justice and theory around Black lives such as Cathleen Cleaver, Elizabeth Alexander and Jafari Allen. She wouldn’t be the same without the guidance of James McBride writing on paper napkins in McSorley’s Old Alehouse, “The work of your life is your life!” She works at the intersection of race, environment, history and culture. Faith has become a sharer of stories through serving lattes, sitting in cubicles, learning from children, riding public transportation, and talking to strangers. She daydreams about picking the leaves off cilantro stems with elders on front porches that can only be reached by dirt roads. Her feet have brought her - running and trekking and fishing and riding - to bustling streets, breathtaking vistas, and powerful rivers around the world. Like James Baldwin, she “loves America more than any other country in the world and, exactly for this reason, insist[s] on the right to criticize her perpetually.” She falls in love every time she hears “Que lo que.” She aspires to truly be a plant mama, she loves dancing in open air under the moonlight at kid-friendly parties, and her heart lives on a Brooklyn rooftop. 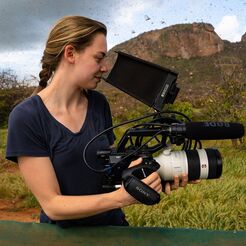 Katie Bryden
Katie is a cause-based conservation filmmaker. Currently, she works as a Senior Video Producer at Conservation International and is an Emerging League Fellow at the International League of Conservation Photographers (iLCP). Katie has led international film productions in Tanzania, Fiji, Colombia, Peru, Indonesia, Timor-Leste and Kenya. From shining light on women’s empowerment initiatives to sustainable development both on land and underwater, Katie has spearheaded a variety of conservation impact video campaigns crafted for both governments and public audiences. 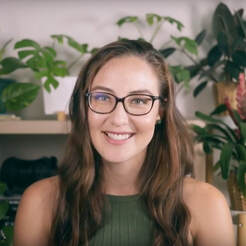 Romi Castagnino
Romi is a Peruvian conservation biologist and wildlife photographer based in Australia. She has conducted research in the Amazon Rainforestand tropical montane cloud forests of Peru using camera traps to study carnivore conservation. Romi is also a bilingual environmental writer at Mongabay and the host of ‘Candid Animal Cam,’ an educational Youtube series featuring wildlife caught on camera traps around the world. Driven by her passion for wildlife ecology, she founded Neofelis Films, a video production company focused on science communication, natural history and conservation documentaries. She wants to use filmmaking to raise awareness of pressing issues like the illegal wildlife trade. 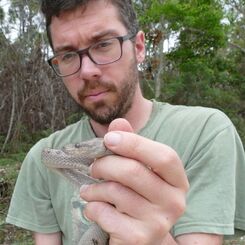 Darío Fernández-Bellon
Darío is a conservation biologist and researcher. He has worked on conservation projects focused on globally endangered birds including harpy eagles, Ridgway’s hawks, and curlews, among others. Darío holds a PhD in ecology and researches the effects of climate change, land use, and other anthropogenic pressures on wildlife. His research also focuses on conservation messaging – evaluating the best ways of delivering conservation messages that can help change societal behaviours. Darío has also worked as a researcher on natural history films (Wild Cuba, Wild Ireland, and Wild Cities) with CTL Films and produces short science and conservation outreach videos. 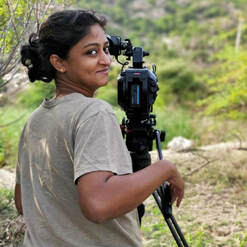 Sugandhi Gadadhar
Sugandhi is a wildlife filmmaker, photographer and naturalist from Bangalore, India. She is a 2020 National Geographic Explorer and a member of the IUCN’s Otter Specialist Group. She has worked as a cameraperson on several broadcast productions. With a primary interest in animal behaviour and wildlife conservation, she has directed films in local languages for forest departments/NGOs so as to better connect local and rural audiences with the wildlife in their backyard. She volunteers with Conservation India and the sustainable menstruation movement. 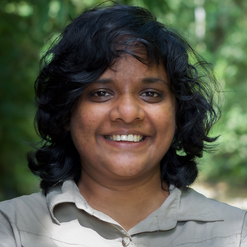 Pooja Gupta
Pooja is a multimedia artist with a focus on science communication, from Hyderabad, India. With a specialist interest in ecology and wildlife conservation, she uses her skills in design thinking to develop multimedia content for science education. Her hands-on approach to communicating conservation has taken her across the world to work on a wide spectrum of projects: from assisting on media workshops in the remote Peruvian Amazon to filming in the Andaman Islands, and developing campaign media to support various conservation causes. She collaborates with a range of experts across disciplines including leading environmental organisations in the country to create media for positive impact. 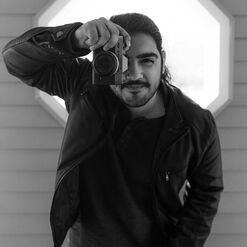 Raunak Kapoor
Raunak is an Indian documentary filmmaker and photographer working in the United States. In 2016, he was awarded the Kenan excellence award to begin his study at University of North Carolina School of the Arts on a full-scholarship. Since then, he has worked on a variety of films, including After Dark (Mountain Film Festival 2020), Kashi (Director/DP) and various projects for iSWOOP (receiving several awards at STEM for all Video Showcase). Raunak Kapoor began filmmaking to tell stories that are underrepresented in the modern media and wants his work to bring about positive change in the community around him. 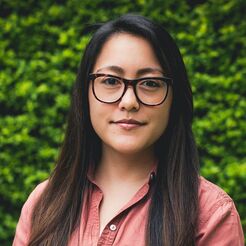 Emi Kondo
Emi is a producer, filmmaker, photographer and aspiring multimedia storyteller. Inspired by nature, animals, science, conservation and the beauty of the ordinary. Based in Costa Rica, she has worked in World Animal Protection International capturing animals in farms, disaster zones, and created educational pieces about Hyacinth Macaws, Golden Lion Tamarins, Amazon pink dolphins, sloth’s recovery and release efforts, and undercover in captive animal venues in Thailand, Japan, US and Mexico. Recently, produced and filmed Fooled by a smile, a short documentary that tells the story about a former dolphin trainer and the hidden truth behind dolphin venues in Mexico. 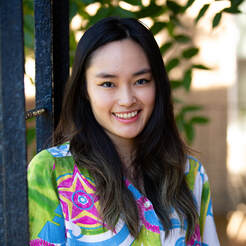 ​Christine Lin
Christine is a filmmaker and environmentalist. As the Senior Producer of Visual Storytelling at the National Audubon Society, she helps lead video and media projects with topics ranging from bird conservation to environmental justice to climate action. Her passion for documentary film goes hand-in-hand with her love for telling impactful stories about the natural world and how humans fit within it. Christine has been based in Brooklyn since earning her degree from New York University, and likes to spend her free time spritzing her houseplants and creating music on her keyboard. 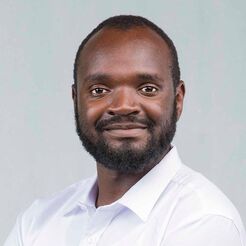 Anthony Ochieng
Anthony is a Wildlife Ecologist, Conservation Photographer and Emerging Filmmaker. He is a Jackson Wild Emerging Filmmaker Scholar 2019, WWF Education for Nature Grantee, 2020 Top35under35 Awardee and a WWF Africa Youth Award Nominee 2018. He holds a Bachelor of Science in Wildlife Management from Moi University. Anthony is also the founder of TonyWild, a platform for promoting conservation action by creating awareness on wildlife conservation through photography, film and science. 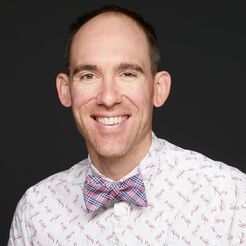 Dustin Renwick
​Dustin is a triathlete and a freelance journalist based in the District of Columbia. His work often involves science or sports, almost always augmented with the lens and lessons of history / archives.