Watch the films
CONNECTING AND AMPLIFYING A POWERFUL NETWORK OF AFRICAN FEMALE VOICES IN SCIENCE, CONSERVATION AND STORYTELLING.

Ten powerful women in conservation science and media from South Africa, Nigeria, Tanzania, Mozambique, Rwanda, Zambia and Kenya were selected for the NEWF Wild Women Media Lab. From 10th - 22nd August 2020, the cohort engaged in intensive online filmmaking workshops with industry experts and mentors from around the world to guide them through the process of producing a micro-film – a first time experience for all. Each participant was provided with a media making legacy package, allowing them to each develop, film and edit their stories in just a few days. The NEWF Wild Women Media Lab has been designed in partnership with Jackson Wild and is supported by HHMI Tangled Bank Studios, American Film Showcase, the United States Mission South Africa and National Geographic Society. 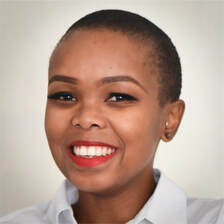 BONGEKA MAKABENI
​SOUTH AFRICA | PHOTOGRAPHER
Bongeka is a photographer at South African National Parks (SANParks). She believes she is a visual storyteller and has found expression within the digital content creation space. She currently creates consumer based visual content and internal communications with occasional hard-hitting issues around conservation, for social media, traditional and digital marketing campaigns.  She only grew an interest in wildlife and conservation when she joined SANParks 5 years ago.  Here she was exposed to wildlife conservation, something she had never known of and it changed her.  Wildlife and the ocean became topics that move her and with a camera in her hand she is passionate about telling conservation stories. The thrill of seeing images become a story to educate someone who would have not known otherwise is satisfying and something she wants to do more of. 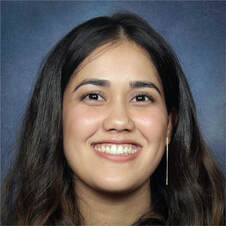 CANDICE ANN LORTAN
​SOUTH AFRICA | MARINE SCIENTIST
With a bachelor’s degree in Biological Sciences, and an Honours in Marine Biology, Candice has unrelentingly followed her aspirations to become an active Marine biologist and Conservationist. She is currently working at OLSPS Marine in Cape Town, South Africa as a scientific researcher. She has a shared love of Marine biology, conservation, old English literature and filmmaking. She has an undeniable drive to learn as much as possible about the ocean and its inhabitants; to spend her days dissecting the Bard’s train of thought, sonnet by sonnet; or to marvel at how the marriage of cinematography and score in a great film can perfectly convey a single story to multiple people. 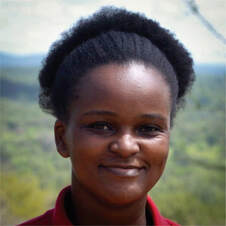 CATHERINE NCHIMBI
​TANZANIA | CONSERVATIONIST
Catherine Nchimbi is the Conservation Enterprise and Marketing Officer for Tanzania People and Wildlife. She focuses on empowering women in rural areas through the Women’s Beekeeping Initiative. This work provides women with entrepreneurial skills and opportunities that benefit the environment while generating a source of income, allowing women to contribute to their family’s finances and giving them a voice in decision-making. Catherine also worked for more than four years with nonprofit organizations focused on fighting climate change in urban areas. 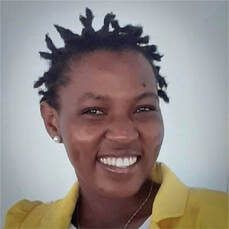 JANADO NAZARÈ CHER
​MOZAMBIQUE | JOURNALIST
Janado is a young Mozambican Journalism graduate. In 2018, she joined the restoration team at Gorongosa National Park, in the media and communication department and has been developing her career since.  She has a passion for storytelling and in particular telling stories that matter.  She is interested in growing her skill set and using different mediums to share important conservation messages with local communities. 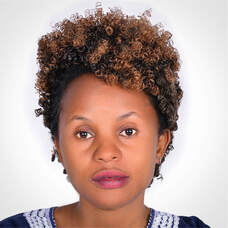 MARIE CLAIRE DUSABE
​RWANDA | CONSERVATION BIOLOGIST
Marie Claire is a passionate scientist and conservation biologist who is leading a research and conservation project to help protect threatened bat species in Rwanda with award winning organization Rwanda Wildlife Conservation Association (RWCA). She has devoted her time to her cause, including training volunteers, carrying out fieldwork in highly challenging conditions, leading community outreach activities, and developing conservation strategies. She studied a Bachelor of Wildlife and Aquatic Resources Management and went on to receive a Masters in Natural Resources Ecology, Management and Conservation. She strongly believes in the important role of women in science and is a role model for other young Rwandan women. 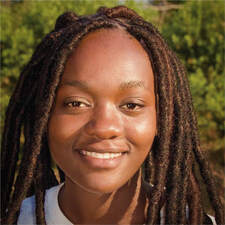 MERCY NJOBVU
​ZAMBIA | WILDLIFE VET IN TRAINING
Mercy is a Veterinary Medicine student who grew up next to South Luangwa National Park in Eastern Zambia. She was inspired to become a wildlife vet after witnessing the suffering of animals affected by wire snares set by poachers. During her internship at the Zambian Carnivore Programme, Mercy assisted with various aspects of carnivore research and conservation in and around South Luangwa National Park. She was actively involved in radio tracking and monitoring multiple large carnivore species, radio-collaring of lions and African wild dogs, treating snared animals, setting up camera traps for a leopard population study, and running the weekly conservation education program at a local secondary school. During her breaks from university, Mercy regularly assists the resident wildlife vet. 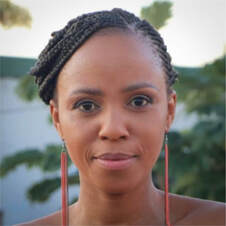 NONHLE MNGADI
​SOUTH AFRICA | SOCIAL ECOLOGIST
Nonhle is currently employed by Ezemvelo KZN Wildlife as a Social Ecology Technician and is a Master’s student in Agriculture Extension and Rural Resource Management to further increase her knowledge on how to manage socio-economic challenges facing South Africa in the field of science/conservation, particularly in rural areas. Growing up in a rural community engulfed with poverty, women abuse, drug abuse, high pregnancy rate, unemployment and many other socio-economic issues, it has been her dream to impact the society positively. Nonhle believes that there is a need to document, understand and appreciate rural communities that stay within our natural riches for who they really are and thereafter influence effective use of time, strength, skills and resources available to them. She believes that socio-economic issues faced by communities play a huge role in negatively engaging and implementing science recommendations. 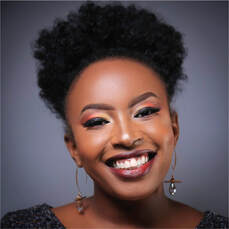 NORAH ROTICH
​KENYA | PHOTOGRAPHER
Norah is a conservationist from Baringo, Kenya with a passion for photography. She first discovered her insatiable love for the natural world when she was about six years old. She would get excited whenever there was a trip to visit their grandmother who lived about 400 kilometres from where they lived. Since it was close to Rimoi National Reserve, sometimes an elephant or two would wander into the community. Later in life she realised that she could make a bigger impact on how people see the world, and connect to it, through the lens of her camera. Besides her ongoing Bachelor’s degree in public relation, Norah is also attending courses on environmental conservation to strengthen her scientific knowledge. Her ultimate dream is to achieve sustainable development goals by exploring practical solutions to solving emerging conservation challenges through storytelling and audio-visual mediums. 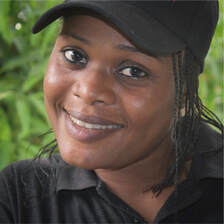 RACHEL ASHEGBOFE IKEMEH
​NIGERIA | BIODERVISTY CONSERVATIONIST
Rachel is the director of the SW/Niger Delta Forest Project, Nigeria, an organization she founded in 2012 to bridge a critical research and conservation gap for some of the most highly threatened forest landscapes and primate populations in southern Nigeria. Her work has involved different levels of conservation research, biomonitoring and project management. Rachel has also served in several community-based projects that involved rural mobilization and orientation, Social Impact Assessments (SIA) and conflict management programmes. She is also a trained and experienced public administrator – negotiating alternatives with stakeholders and advocating policy changes for effective wildlife conservation. Rachel is two-time nominee of the Future for Nature awards, a 2020 National Geographic Explorer and Whitley Award Winner 2020. 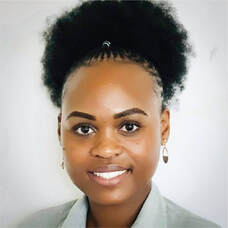 SIMANGELE SITHOLESOUTH AFRICA | ECOSYSTEMS SERVICES ECOLOGIST
Simangele is an Ecosystem Services Ecologist at Ezemvelo KZN Wildlife, where she is responsible for demonstrating the value of biodiversity and ecosystems to human well-being in the province of KwaZulu-Natal, South Africa. Her main research interests lie in the areas of water quality, rainwater harvesting, ecosystem services, socio-ecological systems and climate change. She has played a pivotal role towards the understanding of the challenges and benefits of the implementation of rainwater harvesting systems in protected areas and rural communities in terms of economic and social implications (health risks).  She is passionate about understanding and documenting indigenous knowledge, particularly when it comes to biodiversity conservation and cultural ecosystem services, youth development and empowerment.