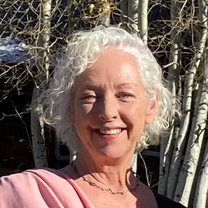 Lisa Samford, Executive Director
lisa@jacksonwild.org
Lisa Samford left a career in print journalism to become a documentary filmmaker specializing in difficult and remote expedition projects. She has filmed across five continents on a diverse collection of series & programs exploring topics ranging from violent crime, espionage, extreme weather, American history and multiple ethnographic/scientific explorations to intimate portraits of author Wallace Stegner, conservation pioneer Mardy Murie, and His Holiness the Dalai Lama. Samford holds BA and MS degrees in Communication (Phi Beta Kappa). As Executive Director of internationally renowned Jackson Wild (formerly Jackson Hole Wildlife Film Festival) since 2002, Lisa curates and oversees all programming, including its annual global Summit, film competition and the annual UN World Wildlife Day Film Showcase, as well as JW’s year-round professional development initiatives, global partnerships, media labs and strategic impact collaborations that extend the reach of media beyond the screen. She currently serves as an envoy for the US State Department’s American Film Showcase, which organizes screenings, workshops, and master classes in more than 60 countries per year toward its global diplomatic mission and serves on the board of the Wildlife Society of Filmmakers, dedicated to supporting and encouraging established and up-and-coming filmmakers who work primarily in the natural history documentary genre through access to mentorship, connections, information, and education. 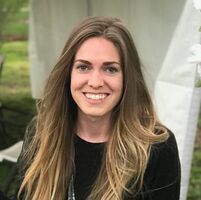 Christie Quinn, Director of Operations
christie@jacksonwild.org
After spending most of her life on the east coast, Christie followed the call of the mountains to Jackson, WY in the spring of 2012 where she found Jackson Wild. She began as a production associate, shortly moving into the role of Film Competition Coordinator. She directed the 2012 film One Day In Jackson Hole, worked as the Jackson Wild's Marketing & Design Director, and now is the Director of Operations. A lover of videography, photography and travel, Christie spends her time outside of the office exploring the beautiful surroundings in Jackson - always with a camera in hand. She graduated from Elon University with a degree in Media Arts & Entertainment and Spanish. 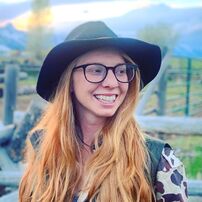 Melanie Judd, Director of Partnerships
melanie@jacksonwild.org
Born and raised in Nashville Tennessee, Melanie enjoyed exploring the countless hills and waterfalls surrounding her hometown and spent most summers on her grandparents’ farm. After moving to the Grand Tetons, the hills seemed more like stepping-stones. With a BS in Environmental Science from Belmont University and being an animal lover since childhood, Melanie is passionate about habitat conservation and species preservation. She is a conservation photography enthusiast and cant help trying to capture the magnificent beauty of the natural world with her camera. Her favorite book is The Botany of Desire by Michael Pollan, and she fills her spare time exploring the nearby national parks and snowboarding in the backcountry. 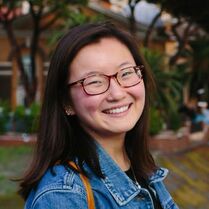 Angelica Shaw, Collective Manager
angelica@jacksonwild.org
Although her innate love for animals began at an early age, Angelica’s passion for the natural world formed much later during her senior year of high school. She developed a love for the outdoors, and spent a semester in Portland, Oregon where she took advantage of numerous opportunities to experience the beauty of the Pacific Northwest. She was born in China and raised in Virginia and graduated from George Mason with a degree in Environmental Studies, focusing on Equity & Environmental Justice, and a minor in Arts & Social Change. She is most excited about the nexus between environmental anthropology, filmmaking and social justice. In her down time, you can find her riding her bike, hiking, taking film photos and watching a new documentary. 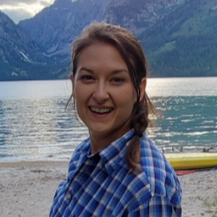 Scarlett Brown, Awards & Film Program Manager
scarlett@jacksonwild.org
Growing up in Texas, Scarlett has always had a passion for wildlife and conservation. With a BS in Wildlife Biology from Texas State University, her passion has taken her from field research, to film, then to communications and outreach. She now works with Jackson Wild's film competition and her eclectic experience is all in an effort to facilitate an impact for conservation through media. She is beyond excited to be a part of the team and witness the power of media to inspire and ignite action to create a global impact for the preservation of our planet. In her spare time she prefers to be birding, hiking or working on film & photography. Her favorite books include Ishmael and A Sand County Almanac. 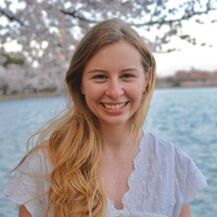 Grace Bowie, Marketing Manager
grace@jacksonwild.org
Though now an avid hiker and traveler, Grace grew up as a very indoorsy kid, watching lots of movies and television. In recent years, her love for film has combined with a passion for the outdoors and conserving wild spaces. She is interested in elevating independent voices and stories of connection to our shared planet. She was born and raised in Virginia and graduated from the University of Virginia with a degree in English and Media Studies. Her favorite book is East of Eden by John Steinbeck, and outside of work she enjoys hiking, bouldering, and perfecting her chocolate chip cookie recipe. 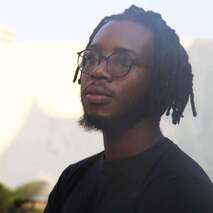 Raini Sydney, Production Associate
raini@jacksonwild.org
Having spent most of his childhood in Kenyan countryside, Raini grew up to be a lover of nature and the soothing tranquility that it comes with. He is a Senior at the African Leadership University (ALU),under the ALU School of Wildlife Conservation Scholars Programme, pursuing a BA in Global Challenges, with a focus on sustainable agriculture and conservation. His goal is to use technology to encourage local communities to adopt sustainable habits in their daily lives and to promote a triple bottom line approach in conservation businesses .He spends his free time gardening, going for walks and trying new handiwork ideas on repurposing items.