RECOGNITIONS ANNOUNCED!
First introduced in 2021, Jackson Wild's Special Jury Recognitions are selected by a jury of peers — celebrating impactful individuals and innovative content pushing the frontiers of storytelling about nature, science and conservation.
​
With open nominations, Special Jury Recognitions are curated and showcased to define key conversations at the Summit.

In Media & Conservation
Jackson Wild’s Legacy Award in Media & Conservation recognizes visionaries who have demonstrated excellence and innovation in delivering world class content. Nominees can be innovative filmmakers, producers, or thought leaders who have embraced using the power of media to shine a spotlight on species and the environment to protect our planet. Their work should demonstrate a career dedicated to content surrounding conservation and environmental impact.​
Legacy Award in Media - Brian Leith
​Sponsored by: Terra Mater Studios

Having grown up in Switzerland, Canada, Kenya and Belgium, Brian ended up in London studying for a PhD in evolutionary science. Specifically, the genetics of snails; Cepaea nemoralis – Grove Snail. But he soon took a job as a BBC Radio Producer, quitting the PhD in 1978. As quid pro quo for not writing up his snail thesis, he wrote The Descent of Darwin, published in 1982. In the early 80s, Brian moved to the BBC Natural History Unit in Bristol, working as a presenter on the live environmental series “Nature”, reporting on issues from badger baiting to the deforestation of the Amazon rainforest (almost getting the BBC sued by McDonalds). Brian produced many environmental and wildlife films for the BBC, as well as writing pieces for The New Internationalist, Nature and BBC Wildlife magazine. He liked to provoke controversy and debate.

In 1990, Brian left the BBC to become an independent producer, working on Channel 4’s series Fragile Earth. He joined Scorer Associates where he produced several acclaimed projects for the BBC and ITV, including Congo, The Cultured Ape and Deep Jungle, winning many awards amongst others the Jackson Wild Grand Teton Award, Wildscreen’s Special Juror’s Award, Outstanding Achievement awards and a Grierson Award for Charles Darwin and Tree of Life, with Sir David Attenborough. Brian returned to the BBC’s Natural History Unit in 2007, working as an Executive Producer on landmark series: Wild China, Nature’s Great Events and Human Planet. The inseparable relationship between humans, nature, and our changing and ever-degrading environments has always been at the core of Brian’s thinking. This culminated in 2020 with his passion project The Age of Nature for PBS and BBC Studios. Brian Leith Productions have recently completed a film with legendary director Werner Herzog, The Fire Within Requiem for Katia and Maurice Krafft with their partners Bonne Pioche and Titan Films.
Legacy Award in Conservation - Dr. Paula Kahumbu
​Sponsored by: Conservation International 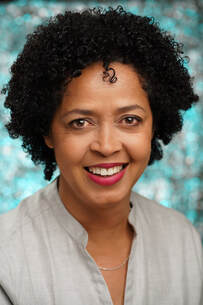 Dr. Paula Kahumbu is the CEO of WildlifeDirect. She has a PhD from Princeton University and is an ecologist committed to transforming conservation results in Africa and the world through science, advocacy and education. She is one of Africa’s best-known wildlife conservationists and sits on the boards of WWF International and National Geographic. She is the brainchild of the Hands Off Our Elephants campaign with Her Excellency  Margaret Kenyatta, the First Lady of the Republic of Kenya. The campaign is widely recognized for its singular successes in advocacy and the  engagement of the people of Kenya to support the protection of  elephants. Dr. Kahumbu is the producer and presenter of Africa’s first wildlife documentary series made by Africans called Wildlife Warriors which seeks to transform the conservation literacy in Africa by shining a light on the continent's front line conservationists. The award winning series is broadcast on free to air channels and in schools across Kenya through the Wildlife Warriors Kids program which takes children on scientific wilderness expeditions. Dr. Kahumbu holds the title Order of the Grand Warrior (OGW) and is the Rolex NatGeo Explorer of the Year 2021, winner of the Whitley Gold Award 2021, and is a National Geographic Emerging Explorer.

Sponsored by: Off The Fence
Jackson Wild’s Rising Star Award recognizes an emerging leader in nature, conservation and science media 35 years or younger in age. This award reflects ongoing and exceptional contribution to our planet while demonstrating leadership and innovation that promises extended impact in the future. ​
Faith Musembi 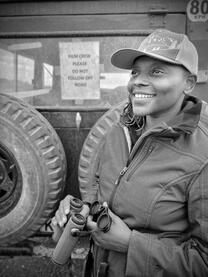 Faith Musembi is a Producer Director based in Kenya and Bristol, England. She is drawn to telling narratives which showcase the beauty of Africa’s natural resources, while highlighting the complex, but pertinent issues regarding their sustainable conservation. Faith has directed sequences for series produced for National Geographic, Sky Nature and Disney+. Her recent credits include: Chasing The Rains and Spectacular Earth.
​
Faith is currently working on Queens, a series about female led animal societies. The episode she is producing highlights the women filmmakers behind Queens and also shines a spotlight on incredible women breaking down barriers, while fighting for conservation in different wilderness areas around the world. If you don’t find Faith in an office in Bristol, you’ll find her in one of Kenya’s breathtaking wilderness areas. Working in these wild spaces has affirmed Faith’s commitment and passion for telling stories about the natural world, and for amplifying the dialogue about the conservation of its finite resources.

This recognition honors storytellers who are committed to accelerating representation of their communities in wildlife, conservation and/or science through a unique, cultural or underrepresented perspective in relation to gender identity, ability, people of color, Indigenous/Native, and LGBTQIA+.
Juma Xipaia 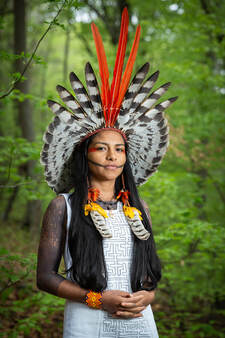 Juma is an Indigenous leader and Cacique (Chief) from the Karimãa village belonging to the Xipaya people in the middle Xingu,in the Amazon forest. She is an activist and medical student at the Federal University of Pará (UFPA). When Juma was 24 years old, she became the first woman to become a chief in the Middle Xingu, leading the Tukamã village at that time. During her adolescence, she resisted the construction of Belo Monte and, later, was part of the growing Xingu Forever movement that fights for the rights of the indigenous people impacted by the plant.

In 2017, after discovering a corruption scheme involving indigenous assistance companies, she experienced the daily terror of death threats. For this reason, she left Brazil and spent a year in Switzerland. Juma was the first academic indigenous and Xipaya representative to speak at the UN, she serves as director of the Association of Indigenous Students at UFPA, advisor to the Xingu Women's Movement, the Federation of Indigenous Peoples of Pará and the Liberate the Future: Climate Change movement. She also created the Juma Institute in October of 2020. With more than 15 years of dedication to the Indigenous Movement, Juma defends gender equality, the autonomy of indigenous peoples and plays an important role against corruption. www.institutojuma.org
Sponsored by: Terra Mater Studios
​Jackson Wild recognizes innovative approaches to active impact campaigns that extend conservation beyond the screen to inspire measurable on-the-ground change through education, policy change and engagement and outreach.

Sponsored by: ORF Universum
For implementation of sustainable best practices to reduce the environmental impact through the entire lifecycle of a production.
Learn more about these green production strategies!

Sponsored by: cWave Labs
​This recognition honors content that best integrates the interactive potential of digital media and technology that engage awareness and understanding of the natural world, including but not limited to apps, games, social media content, podcasts, extended reality, mobile and web-based experiences.
past special jury recognitions