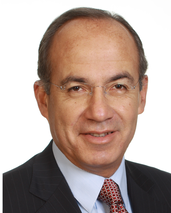 Felipe Calderón Hinojosa
​Felipe Calderón Hinojosa  was President of Mexico from 2006 to 2012. He holds a law degree from the Escuela Libre de Derecho, an MA in Economics from the Instituto Tecnológico Autónomo de México and an MA in Public Administration from the Harvard Kennedy School. He currently serves as Honorary President of the Global Commission on Climate and the Economy, whose aim is to demonstrate that it is possible to have economic growth and fight climate change at the same time. He is the president of the Sustainable Human Development Foundation, President of the Environment and Sustainability Commission of the International Automobile Federation (FIA) and a member of the Education Commission and the Transatlantic Commission on Election Integrity.
He held elected office for the first time as a representative in the local Assembly of Mexico’s capital city in 1988. He ran for governor of his home state, Michoacán. He was elected federal deputy twice and was coordinator of the deputies of PAN, the political party he led as Secretary General and President. He has also served as director of BANOBRAS, México’s National Development Bank for Infrastructure and Secretary of Energy. 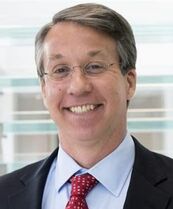 Tom Dillon
Tom Dillon oversees Pew’s international environment portfolio, which includes advancing conservation and ocean governance in Africa, Antarctica, Asia, Australia, Europe, and island nations, mostly in the Pacific. Dillon’s ocean work includes efforts to establish marine reserves, end illegal fishing, ensure sustainable fisheries, and protect key species such as penguins and sharks. He also encourages governments to put policies in place that protect, maintain, and restore the health of marine ecosystems, and works to conserve large landscapes such as the Outback of Australia. Before joining Pew, Dillon was senior vice president at World Wildlife Fund (WWF) for 10 years, where he directed land and marine programs in the United States and abroad, and later oversaw the forests and freshwater portfolios. He led WWF’s initiative to establish and fund into perpetuity a 150 million-acre system of protected areas in the Brazilian Amazon. While in Asia, he was a leader in creating WWF’s Mekong program, which is focused on conservation efforts in Cambodia, Laos, Myanmar, Thailand, and Vietnam. Dillon holds a bachelor’s degree in literature from Lehigh University and a master’s in environment studies from Yale University. 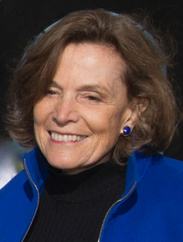 Sylvia Earle
Sylvia A. Earle is Explorer in Residence at the National Geographic Society, Founder of Mission Blue/Sylvia Earle Alliance, Founder of Deep Ocean Exploration and Research (DOER), a Founding Ocean Elder, Chair of the Advisory Council for the Harte Research Institute and former Chief Scientist of NOAA.  Author of more than 230  publications, leader of more than 100 expeditions with 7500 hours underwater, she is a graduate of Florida State University with MA and PhD degrees from Duke University and 32 honorary doctorates. Her research  concerns the ecology and conservation of marine ecosystems and development of technology for access to the deep sea.  She is the recipient of more than 150 national and international honors and awards including being named Time Magazine’s first Hero for the Planet, a Living Legend by the Library of Congress,  Netherlands Order of the Golden Ark, recipient of the 2018 Princess of Asturias Prize for Concord (Peace), winner of the TED Prize (2009), and medals from the Explorers Club (1981,1996), Royal Geographic Society (2011 Patrons Medal), and the National Geographic (2013 Hubbard Medal). 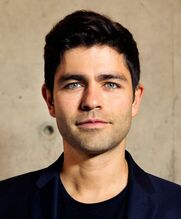 Adrian Grenier
With a strong creative sensibility that has driven his personal evolution as an actor, filmmaker, musician, entrepreneur and philanthropist, Adrian Grenier is as passionate about embodying compelling characters as he is about developing successful business ventures and leading a global evolutionary shift: a campaign for environmentally conscious living. Grenier is best-known for his starring role as Vincent Chase on Entourage, as well as his memorable roles opposite Meryl Streep and Anne Hathaway in The Devil Wears Prada and in the romantic comedy Drive Me Crazy, his other credits include the  independent feature Trash Fire, Woody Allen films Celebrity and Anything Else, the indie film Goodbye World, the John Waters comedy Cecil B. Demented and the Sundance Film Festival-nominated The Adventures of Sebastian Cole.  He will next be seen in  Stage Mother alongside Lucy Liu, the SYFY Series Cipher, as well as executive producing the documentary Youth Unstoppable, which will follow the youth environmental movement.
Founder of Reckless Productions, Grenier has also brought his keen eye and love of storytelling to the production of documentaries serving as producer and director of Shot in the Dark (2002), writer, producer and director of the critically acclaimed Teenage Paparazzo (2010), producer of Don’t Quit Your Daydream (2010) and executive producer of How to Make Money Selling Drugs (2012), in addition to a variety of short films. Grenier is co-producer of the documentary, 52, which chronicles the search for the “loneliest whale in the world”.
Beyond his career as a respected actor and filmmaker, Grenier is a musician and founder of Wreckroom Records, a music incubator for emerging artists that has aided and promoted dozens of rising young performers and bands. An investor and advisor to emerging technology ventures, he is also a passionate environmentalist who actively supports organizations focusing on habit-changing education.
In 2015, Grenier co-founded Lonely Whale. Dedicated to bringing people closer to the world’s ocean through education and awareness, the aim is to inspire empathy for marine life and action for ocean health.  On World Environment Day, June 2017, Grenier was appointed a UN Environment Programme Goodwill Ambassador through which he advocates for a collaborative approach to address our environmental issues. 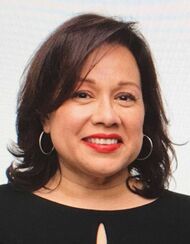 Ivonne Higuero
Ivonne Higuero is the Secretary-General of the Convention on International Trade in Endangered Species of Wild Fauna and Flora (CITES). She is an environmental economist with a career spanning 26 years in international organizations in the area of sustainable development. Ivonne has experience working at the global, regional and national levels, and engaging with stakeholders across the public and private sectors.
During her 24 years with the UN, Ivonne has held varied roles managing and overseeing the implementation of programmes of work, managing financial and human resources, and the provision of secretariat services to intergovernmental bodies. With the adoption of Agenda 2030 and the Sustainable Development Goals, Ivonne was responsible for ensuring the alignment of programmes of work to support countries in meeting their international commitments also through cross-sectoral cooperation. 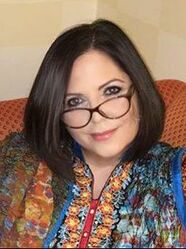 Lynn Hirshfield
Lynn Hirshfield is Participant Media’s Senior Vice President of Strategic Alliances. She joined Participant Media in September 2005 and is responsible for leading the development of ancillary content and strategic partnerships for the company’s social impact campaigns. Lynn is also responsible for launching Participant’s publishing division to complement the company’s films and social action campaigns. In September 2008, Participant announced its first publishing deal, a series of four paperback original books with PublicAffairs Books, followed by a deal with Penguin and Puffin Books on a series of activist guides for readers 10 to 17, inspired by Participant's social action activities on various issues. She has since published 8 books with Public Affairs, two of which hit number one on The New York Times best seller list.  Lynn is the author of Girls Gone Green and two more books for younger readers, part of the Sassafras series. Prior to joining the staff of Participant, she consulted for a number of Internet content and technology start-ups, various studios and venture capital groups specializing in creating new verticals and generating strategic partnerships with corporate sponsors. Before to entering the internet arena, she worked as a development executive for productions garnering a number of awards, including four Emmys, a Peabody Award and two Television Critics Awards -- among them the PBS series Wishbone. She was also a story editor for National Geographic Feature Films, Scott Rudin, Norman Lear, Tim Burton and Sony, Fox and Warner Bros. Studios. She is an active member of the Producers Guild of America.