See the 2019 Finalists
This year's submissions included over 1,000 category entries - a record number - competing for more than 30 awards. We are deeply grateful to our more than 250 international preliminary judges who together reviewed over 5,000 hours of media. The Final Jury will be viewing films up to the Summit, with winners announced at the Grand Teton Awards Gala, Thursday, September 26 at the Center for the Arts in downtown Jackson Hole. 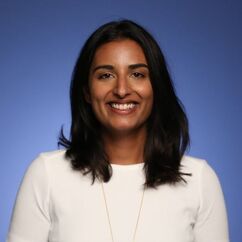 Aneeta Akhurst
Aneeta Akhurst is the Director of Programming at Seeker, an award-winning science digital media brand, delivering over 2 billion annual video views and ranking #1 in scale and engagement on social. Seeker empowers the curious to understand how science shapes their world, and celebrates relentless curiosity with an insatiable drive to question, inspire, and create. In her role, Aneeta oversees all original programming and production, spanning best-in-class documentaries, science news and hosted explainer series that air across YouTube, Facebook, Instagram, Snapchat, Amazon and linear. In addition to her work with Seeker, Aneeta has over ten years of experience working on short-form digital, and long-form broadcast productions for Discovery, The BBC, National Geographic and PBS. 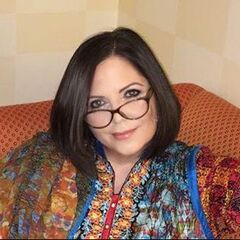 Lynn Hirshfield
Lynn Hirshfield is Participant Media’s Senior Vice President of Strategic Alliances. She joined Participant Media in September 2005 and is responsible for leading the development of ancillary content and strategic partnerships for the company’s social impact campaigns.
Lynn also launched Participant’s publishing division to complement the company’s films and social action campaigns. She has since published 8 books with PublicAffairs/Hachette, two of which hit number one on "The New York Times" bestseller list and is the author of "Girls Gone Green" and two more books for younger readers, the "Sassafras" series. 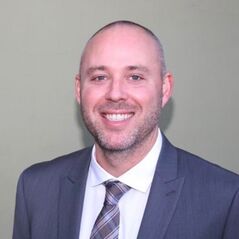 David Martin
David Martin is a nature lover and conservationist who serves as the Director of Partnerships for Mongabay, a popular online environmental science and conservation news platform with 30 million readers worldwide.  At Mongabay, he helped his team strategize and ultimately launch a video program focused on short form content, with the goal of inspiring new audiences to love nature and to get involved in conservation.  Beyond his work at Mongabay, David serves as the Vice President of the Francis and Christine Martin family foundation, where he focuses on philanthropically supporting innovative and effective conservation projects around the planet. David deeply believes that media plays a powerful role in shaping the world as we know it, and wishes to support solutions-oriented content that can move the needle in creating a livable and equitable planet for all. 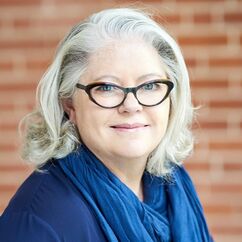 Kathleen McInnis
As programmer/curator, creative producer and strategic publicist, Kathleen McInnis provides strategic collaboration with emerging World Cinema filmmakers to merge their creative and business development. Kathleen helps to expand filmmaker networks, broaden and cultivate audience and raise profile for both the films and filmmakers, starting in development, continuing through production and on to the world premieres at festivals such as Toronto, Sundance, Berlin, Rotterdam, and Karlovy Vary.
Kathleen was Festival Director for the Palm Springs ShortsFest as well as Director of Programming at Aspen Shorts; she launched the International ShortCuts section at TIFF, programmed for Hot Docs and Tribeca, and currently curates the New Work in Progress Forum at the Seattle International Film Festival. She is co-producing BROADCAST, the debut documentary feature from award-winning filmmakers Axel Danielson and Maximilien van Aertryckm (Ten Meter Tower, 2017) along with Plattform Produktion (Sweden). Kathleen has served as a mentor for IFFR-Rotterdam’s Cinemart, the Directors Guild of Cyprus, Berlinale Talent Campus, BAL LAB (Buenos Aires), and Creative Europe, and has served on festival juries at Vilinus, Galway, Grimstad (Norwegian Short Film Festival), Tel Aviv (Tel Aviv International Student Film Festival) and Winterthur International Short Film Festival, among others. She is a qualified international advisor for the European Bank for Reconstruction and Development small grant program in film. 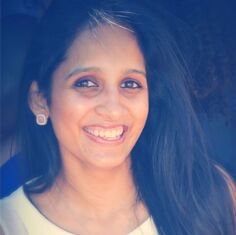 Pragna Parsotam-Kok
Pragna Parsotam-Kok is a film and television producer. She has a passion for the documentary genre with a focus on conservation, natural history, social justice and call to action filmmaking. With a Bachelors Degree in Social Science (majoring in Culture, Communication & Media Studies as well as Drama & Performance Studies), her business skills include strategic planning and management.  Pragna focuses her time on the research and development phase of filmmaking as well as budgeting, financing and producing. in addition to conducting ongoing research on the South African and international television and film landscape.  Pragna is passionate about women empowerment and particularly women in film. She has served on the Council of the Writers’ Guild of South Africa. Pragna produced a film on the History of Film in KwaZulu-Natal which was used to launch the KwaZulu-Natal Film commission produced and has won an award for Best Documentary Short for the film “Behind the Monologue”. Her forte into wildlife began when producing the edu-tainment conservation 13-part TV series titled Code Green which was broadcast on SABC 1, South Africa’s national broadcaster targeted specifically for a South African local audiences.  Determined to diversify and transform the wildlife filmmaking landscape in South Africa, Pragna together with her partner founded Nature Environment & Wildlife Filmmakers (NEWF).  NEWF is a platform dedicated to inspiring and cultivating African filmmakers and scientists and is designed to create a path to conservation through film.  Through year round impact and outreach NEWF supports and develops the next generation of conservation filmmakers.  NEWF’s signature event is the annual NEWF Congress which has become the premiere destination in Africa for convergence of nature, environment and wildlife filmmakers.

Special thanks to our preliminary judges: