Meet the Media Lab Fellows: South Africa
The Jackson Wild Media Lab is an immersive, cross-disciplinary science filmmaking workshop that brings scientists and media creators together to learn from leaders in the profession and work together to develop effective tools to communicate about science, nature and conservation with diverse audiences across the world’s evolving media platforms.

Jackson Wild, in collaboration with Day’s Edge Productions and HHMI Tangled Bank Studios, is proud to announce the 2021 Jackson Wild Media Lab Fellows. The selection committee was deeply impressed by the passion and talent of the over 300 applicants from Canada, the United States, Mexico and the Caribbean, with 16 Fellows selected for this rigorous professional development cohort.

Preceding the Jackson Wild Summit (September, 27-Oct 1), the 2021 Media Lab Fellows will engage in a hands-on intensive "boot camp" to hone storytelling and filmmaking skills alongside thought-leaders in environmental science, conservational and nature filmmaking from Jackson Wild's Board, sponsors and other industry partners. Creating short-form projects with leading Jackson Hole community science and NGO partners, Fellows will gain experience with professional equipment provided by Canon and partners and will expand their networks by connecting to both peers and mentors. The intensive workshop will culminate in a showcase of their work during the 2021 Jackson Wild Summit. 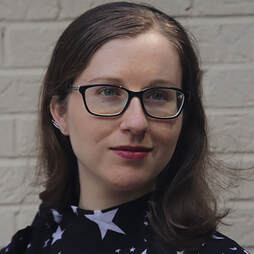 Erin Winick Anthony
(she/her)
Erin is passionate about sharing the fun and creativity of science. After getting her mechanical engineering degree, starting a 3D printed fashion company, and working as a freelance writer in college, she chose to use that technical background to help others engage with science. She currently works as a science communications specialist for the International Space Station (a storyteller for the research conducted in orbit around Earth). Erin creates science content for her personal TikTok and Instagram @erinwinick, using everything from fashion to food to get people excited about science and space. 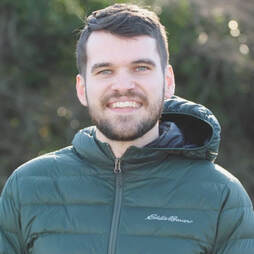 Connel Bradwell
(he/him)
Connel is a British/Canadian wildlife conservationist and educator living on Vancouver Island, Canada. His research has focused predominantly on the behaviours of endangered orca and migratory bird population monitoring. Connel creates educational wildlife content on multiple platforms, including managing accessible wildlife education programs to students across British Columbia. He is the producer and host of ‘Out & About’ a digital series on CBC, looking at the unique relationships LGBTQ+ Canadians have with the natural world. Connel contributes to and has produced content for CBC’s flagship nature campaign ‘Hello Spring’. He has also created videos for BBC Earth and Love Nature’s social media, focusing on Canadian conservation stories. 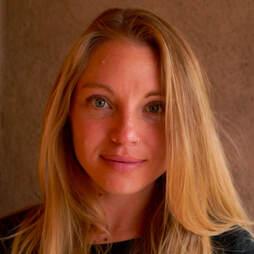 Page Buono
(she/her)
Page is a writer, project manager, and producer working at the confluence of human and environmental issues with a deep dedication to science, traditional knowledge, story, and equity. She received her MFA in creative nonfiction from the University of Arizona. Her work has appeared in High Country News, Nature Conservancy Magazine, Public Books and others. Page is a fledgling beekeeper and graceless angler, and you can find her wandering along streams and through sagebrush near her home in Arroyo Hondo, NM with the small dog she calls Moki. 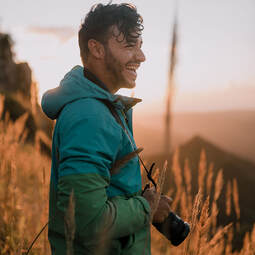 Ariel Contreras
(he/him)
Ariel is a Dominican conservationist, photographer and filmmaker. He is a Chevening Scholar and holds a masters in Applied Wildlife Conservation. His devotion to the DR's unique biodiversity and landscapes, the lack of accessible information about them and the complexity of the social and environmental issues of the country were key drivers for him to develop his career, as well as his path as an activist. He recently co-founded Cúa Conservation Agency, the first of its kind in the Dominican Republic. 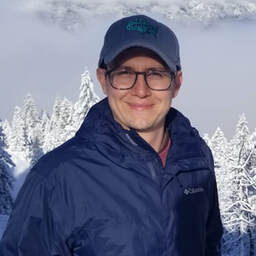 David Diaz
(he/him)
David is a Colombian-born digital storyteller focused on connecting people to the importance of rivers and water resources. He developed a passion for the natural world which would lead him to get a Master’s in Aquatic Ecology from the University of Georgia. After completing ecology-based work throughout the US he shifted his career to documentary filmmaking where he felt he could make a bigger impact. Currently as a Communications Manager at Water For People, he uses  visual storytelling to showcase the work of global communities and educate general audiences on the issues and solutions to the world water crisis. 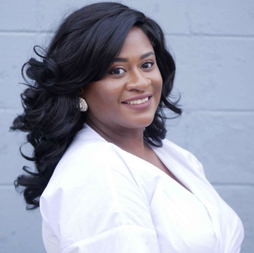 Phylindia Gant
(she/her)
Philly is a scientist and the content creator behind Glitter and Geodes. She made her first film in the 6th grade – a horror story about a ladybug queen (starring her sister) terrorizing the town (i.e. our backyard) to the musical stylings of the Backstreet Boys. It has been up, and stuck, ever since. Pivoting from ladybugs, Philly now finds joy in sharing her passion for science and its intersections with pop culture online. From unfortunate incidents with Gorilla Glue, to the potential for discovering life on Venus, she shares captivating content with the goal of making science interesting, accessible, and most importantly – fun. She starts a new journey, as a first year Geology PhD Student at the University of Florida, this fall. In addition to science and filmmaking, Philly enjoys crafting, traveling, and all things Black Girl Magic. 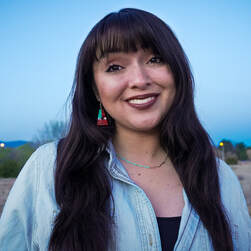 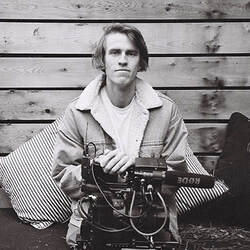 Fraser Jones
(he/him)
​Fraser is a nonfiction filmmaker hailing from Atlanta, Georgia. After studying film at NYU, he directed a docu-narrative feature film called Your Ride Is Here, wrote a show for Nickelodeon, went to clown school, and made a few documentaries about the environment. His work has earned him a Vimeo Staff Pick, The Redford Center Grant, The Spiritual Ecology Fellowship, and PBS’ Reel South Award, along with numerous other awards at international film festivals. Fraser aims to continue combining nonfiction filmmaking and humor in hopes of shedding light on the often unseen southern landscapes and locals he loves. 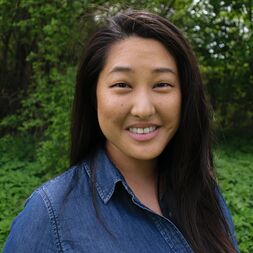 Sonya Lee
(she/her)
Sonya uses visual storytelling to drive empathy, education and meaningful change. She is the Science Producer for Ocean School, an online ocean education media project of the National Film Board of Canada. She has produced over 100 media pieces including short doc videos, 360 videos, web-based interactives, and AR/VR experiences from Canada's Atlantic and Pacific coasts, Cocos Island-Costa Rica, and Raja Ampat - Indonesia. Sonya focuses on science, natural history, and environmental stories with a social justice lens that are told by historically marginalized voices. She has a background in Marine Biology and International Development Studies. 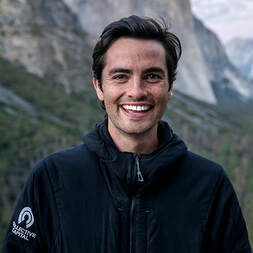 Austin Meyer
(he/him)
​Austin is a documentary filmmaker from Santa Rosa, California. He’s a National Geographic Explorer and his work has been published by The New York Times, Washington Post, National Geographic, The Atlantic, PBS NewsHour, Al Jazeera, and screened at film festivals around the country. Meyer’s purpose as a documentarian is to tell stories that change the way people walk through the world by inspiring empathy, curiosity, and wonder. He is passionate about telling vulnerable and intimate stories that are emotionally moving, break down stereotypes, and compel people to take action in order to make our world a better place. 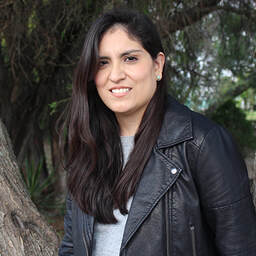 Sofía Martínez-Villalpando
(she/her)
Sofía is a biologist, science communicator and digital content creator. She is the founder and producer of The Biologist Apprentice, this website and YouTube channel features videos and photography in biology, from fun facts of peculiar animal species to the science behind your favorite movies. Sofia’s work is well known across YouTube and social media, and she is considered the first female Mexican YouTuber dedicated to talk about science and biology. Combining her background as a professional biologist and experience as a science communicator she works every day to create strategies to reach and engage even more audiences to create awareness about our environment and elevate science literacy across the world. 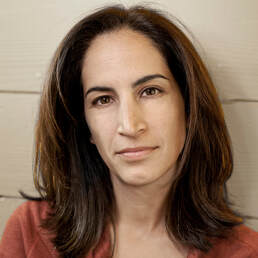 Jennifer Moslemi
(she/her)
Jennifer is a biologist, filmmaker, and web designer based in Seattle, WA. Her work spans media types and has won awards at the International Wildlife Film Festival, Raw Science Film Festival, and the Webby Awards. Jennifer earned her PhD from Cornell University studying rivers in both South and North America and went on to co-found CaravanLab, where she produces media related to science and sustainability for universities, non-profits, government agencies, and broadcast networks. She’s particularly interested in new ways to blend film and interactive tech, and loves a good game of pickup basketball. 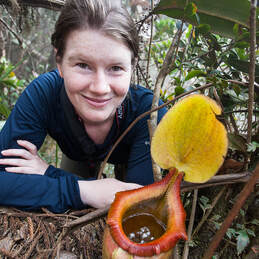 Gabby Salazar
(she/her)
Gabby is a conservation photographer and a social scientist. She is currently a PhD candidate at the University of Florida, where she studies the impact of visual images on support for environmental causes. Gabby has helped design a number of education and outreach programs, including a conservation education program in rural India and a climate change education program in the United States. She is a National Geographic Explorer and an Associate Fellow of the International League of Conservation Photographers. You can see her work at @gabbyrsalazar and www.gabbysalazar.com. 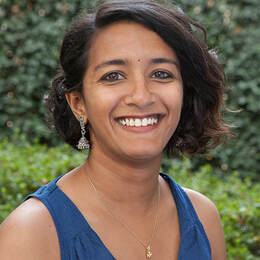 Anusha Shankar
(she/her)
Anusha studies hummingbirds as a Rose Postdoctoral Fellow at the Cornell Lab of Ornithology. She is fascinated by hummingbirds’ ability to use a hibernation-like state called torpor to save energy at night. She is investigating how they can get cold (50°F) and rewarm safely every night, without damaging organs like their hearts and brains. During her PhD, Anusha captured hummingbird nightlife with infrared video, and before that tracked king cobras and studied giant birds—hornbills—in India. Anusha is also a National Geographic Explorer and Young Leader and loves mentoring students, dancing salsa, bachata, and swing, and reading fiction. 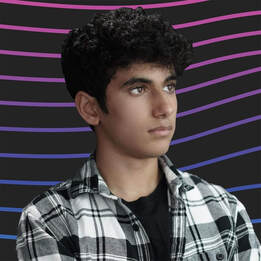 Amogh Thakkar
(he/him)
Amogh is a fresh-out-of-high-school 17-year-old science filmmaker who will be studying interactive science filmmaking and space entrepreneurship at New York University starting in Fall 2021. He fell in love with filmmaking after creating video-based explainers for his middle school science project. Since then he has created videos for National Geographic and Discovery, VR surgery explainers for Johns Hopkins, bio-tech promos for David Eagleman's NeoSensory, and even narrative based short films through his film internships, and his science filmmaking company ArtFilm, winning over 30 national/international awards in the process. He hopes to create science based narrative films, where each film explains a complex science idea within its story. Along with filmmaking, Amogh is the national director of an international non-profit called The Youth Project where he aims to provide media/filmmaking opportunities to underprivileged areas. 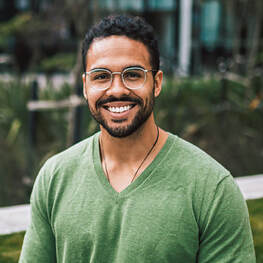 Ryan Wilkes
(he/him)
Ryan is a Canadian documentary DP, photographer, and bioengineering PhD with a passion for the outdoors, adventure, and wildlife. Through documenting adventurous pursuits and conservation-related endeavors, he explores the relationships between people and the natural world. Ryan's time in the outdoors has led to a deep appreciation for nature, as well as the people who have dedicated themselves to protecting it. He is passionate about using stories told through the mediums of photography and film to evoke curiosity in his audience so that they too may be inspired to create change. Ryan was a 2020 Jackson Wild Summit Fellow.