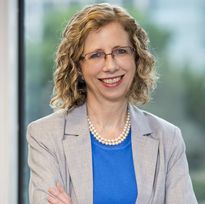 Inger Andersen, born in 1958 in Denmark, is the 15th Director General of the International Union for Conservation of Nature (IUCN), appointed in January 2015. Ms Andersen has more than 30 years of experience in international development economics, environmental sustainability, and policy-making, as well as in designing and implementing projects and generating on-the-ground impact.. She brings a passion for conservation and sustainable development, which has been the focus of her previous leadership roles at the World Bank and United Nations.
Most recently, Ms Andersen held the position of Vice President of the Middle East and North Africa at the World Bank, and was responsible for leading the Bank's strategy as well as policy and operational engagement in the region. In addition to overseeing the Bank’s lending portfolio, she mobilised substantial government and donor resources for fragile and conflict states and development priorities. 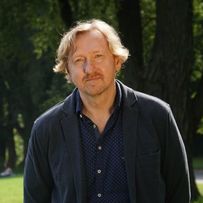 Dr. Bradnee Chambers has been the Executive Secretary of the Convention on Migratory Species (CMS) since 2013 and is a known expert on international law and governance, with several publications to his name on this subject.  He previously headed the Law and Governance Branch of the Division of Environmental Law and Conventions at UN Environment’s Nairobi Headquarters.  Lions, Leopards, Cheetahs and Snow Leopards are included on the Appendices of the Convention, which seeks to conserve endangered migratory animals and their habitats across their entire range. 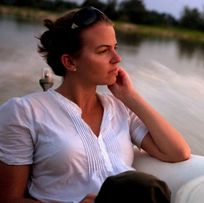 Andrea Heydlauff is the Chief Marketing and Communications Officer for African Parks, a conservation NGO that manages protected areas on behalf of governments across the continent. Over the past three years she has helped position the organization on a global scale, focusing on creating and telling stories of impact including the historic ‘500 Elephants’ initiative and the ‘Return of Rhinos to Rwanda’.  Prior to joining African Parks, she was the founding employee and Senior Vice President of Panthera for eight years, helping to establish them as a leading big cat conservation organisation. Before that, Andrea managed the Tiger Program for the Wildlife Conservation Society across nine countries in Asia, and was a co-author on “Setting Priorities for the Conservation and Recovery of Wild Tigers: 2005 – 2015”. Born in England, Andrea earned her B.A. in British Literature and M.Sc. in Wildlife Biology from the University of Arizona on human-wildlife conflict. Andrea has written and co-authored numerous scientific and popular publications on conservation and is an award-winning filmmaker. 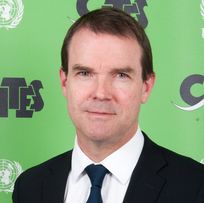 John Scanlon has had a unique range of experience with environment and sustainable development policy, law, institutions and governance at the international, national, sub-national and local level. His work experience has been gained in the private sector, in government, with the United Nations and with international organizations, as a leader, manager, professional adviser and legal practitioner, as well as through senior voluntary positions with the non government sector. John joined the Convention on International Trade in Endangered Species of Wild Fauna and Flora (CITES) as Secretary-General in May, 2010.

Cécile Tang is a French/ Chinese/ Canadian environmentalist dedicated to advancing wildlife conservation and the Sustainable Development Goals using an interdisciplinary approach. She's one of the founders of Youth for Wildlife Conservation, and currently its Co-Director.
She holds a BSc in Biology and a joint-MSc in Environmental Sciences, Management and Policy (Erasmus Mundus MESPOM). Her experience focuses on marine conservation, tropical ecology and Indigenous communities. She’s passionate about working alongside different stakeholders to find sustainable solutions to our environmental challenges.